Ukraine to decide soon on opening embassy in Jerusalem

Ukrainian Ambassador to Israel Yevhen Korniychuk says the decision to open an office of the embassy to Jerusalem is probably a matter of months. 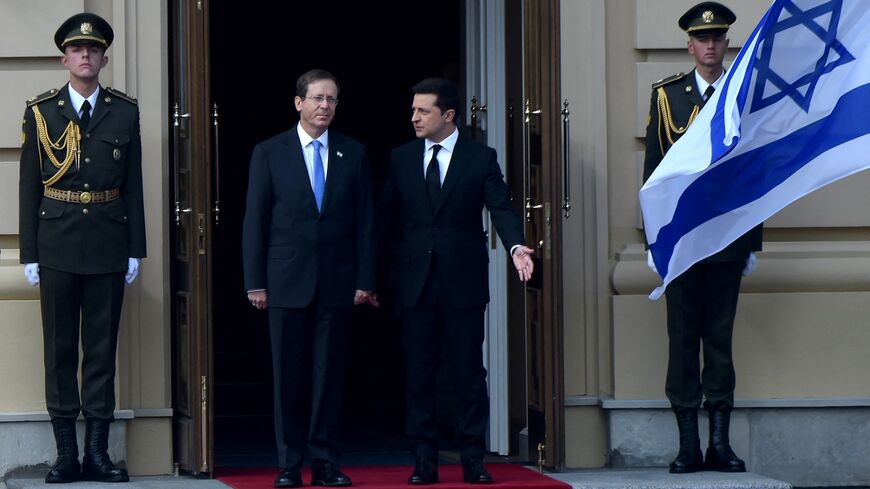 Ukrainian Ambassador to Israel Yevhen Korniychuk said Dec. 16 that his country is in final discussions on the decision to open a branch of its embassy in Jerusalem. Speaking at a two-day event marking 30 years of diplomatic relations between the two countries, Korniychuk said, “My country recognizes the one and only capital of Israel, and that is Jerusalem.”

The announcement came after Jerusalem Affairs and Housing Minister Ze’ev Elkin, who was born in Ukraine, addressed the same event. Elkin expressed his hope that Ukrainian President Volodymyr Zelensky would open an embassy branch in Jerusalem.

Later on, the Ukrainian envoy clarified that no decision has been made yet. He had discussed the issue with Zelensky last October and now estimates that a final decision is a matter of months. “As soon as I get permission, I will do it immediately,” said Korniychuk.

He noted that the branch, which would be dedicated to promoting economic and technological cooperation, could open next year, if and when Zelensky pays an official visit to Israel. Still, Zelensky has preconditions concerning the security and defense relationship between the countries.

Ukrainian Defense Minister Alexey Reznikov visited Israel last November for the 12th meeting of the Israel-Ukraine Joint Economic Committee. Reports after the visit said the issue of Jerusalem was raised in the minister's meetings.

Plans for Zelensky to visit Israel came up earlier this year, on Oct. 6, when President Isaac Herzog visited Ukraine for a commemoration of the Babi Yar massacre, in which Nazi forces killed nearly 34,000 Jews 80 years ago. It was Herzog’s first official trip as president, and Elkin accompanied him. Herzog invited Zelensky to officially visit Israel, and the Ukrainian president accepted.

Speaking Dec. 15, Zelensky said that Ukrainians and Jews “know what it’s like not to have an own state. We know what it means to defend one’s own state and land with weapons in hand, at the cost of our own lives. Both Ukrainians and Jews value freedom, and they work equally for the future of our states to become to our liking, and not the future which others want for us. Israel is often an example for Ukraine.”

Israel’s relations with Ukraine are diplomatically delicate amid tensions between Ukraine and Russia on Crimea. The current Israeli government, much like the previous one, considers Israeli-Russian ties of great strategic importance. There is the ongoing de-confliction mechanism agreed between the countries a few years ago to avoid tensions in Syria. Both armies take care not to enter into any aerial conflict. There is also the issue of Iran and the Vienna talks, in which Russia plays a principal role. Prime Minister Naftali Bennett met Oct. 22 in Sochi with Russian President Vladimir Putin specifically to discuss Syria and Iran. Elkin had accompanied Bennett on that trip, serving as adviser, much like he did when Benjamin Netanyahu traveled to Russia as prime minister, also to meet with Putin.

That being said, Israel accords much importance to countries opening diplomatic, cultural and commercial missions in Jerusalem, as a first step before full recognition of Jerusalem as Israel’s only capital. For the moment, only the United States, Kosovo, Guatemala and Honduras have opened embassies in Jerusalem. Colombia, Brazil, the Czech Republic and Hungary have opened semi-diplomatic missions as cultural or trade offices.