The UAE is looking to enhance its trade ties with India and recently sent a delegation to the country. 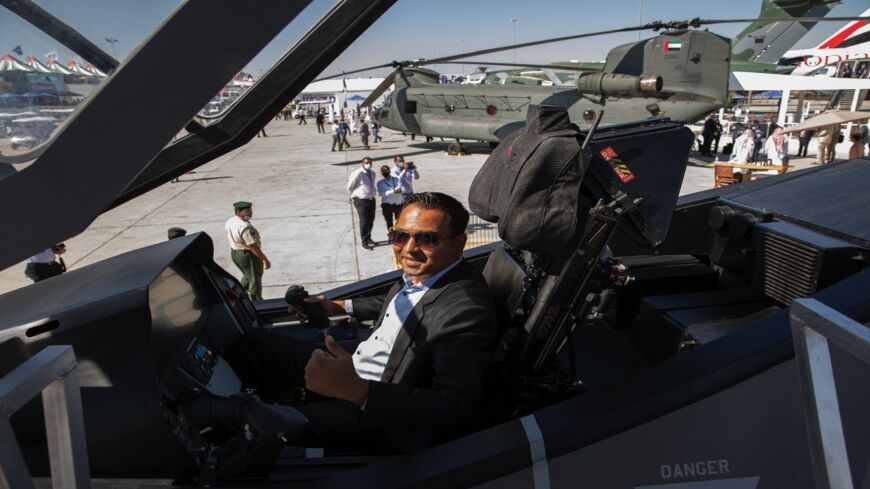 A tourist from India poses for photos in an F-35 Lighting II on display by Lockheed Martin at the Dubai Airshow 2021 on Nov. 14, 2021, in Dubai, United Arab Emirates. - Andrea DiCenzo/Getty Images

The United Arab Emirates is the top destination for tourists from India, the official Emirates News Agency reported today.

In the first quarter of 2021 from January through March, 314,495 Indian citizens traveled to the UAE on tourist visas, according to statistics Indian Foreign Minister Vellamvelly Muraleedhara provided to India’s parliament. This is the last period for which data was available. The figure represented a 50% increase from March 2020, when the COVID-19 pandemic was beginning to take hold, according to the agency.

More than 3 million Indian citizens live in the United Arab Emirates. By comparison, there are only around 1 million Emirati citizens in the country. Indians travel to the UAE not only for tourism but for business and to visit family. In 2019, 6,385,504 Indians went to the UAE, according to statistics from India’s Ministry of Tourism.

Indians can visit the UAE on tourist visas at present, despite the pandemic. However, travelers from India must submit to extra testing for COVID-19.

The Emirati government is currently seeking better trade relations with India. In October, the Dubai-based logistics company DP World announced an agreement to develop infrastructure in the disputed Jammu and Kashmir region of India.

India, as a major power and economy in South Asia, is important for many countries in the Middle East. Saudi Arabia also wants to increase trade with India. Israel hopes its normalization agreement with the UAE will help it do more business with India.