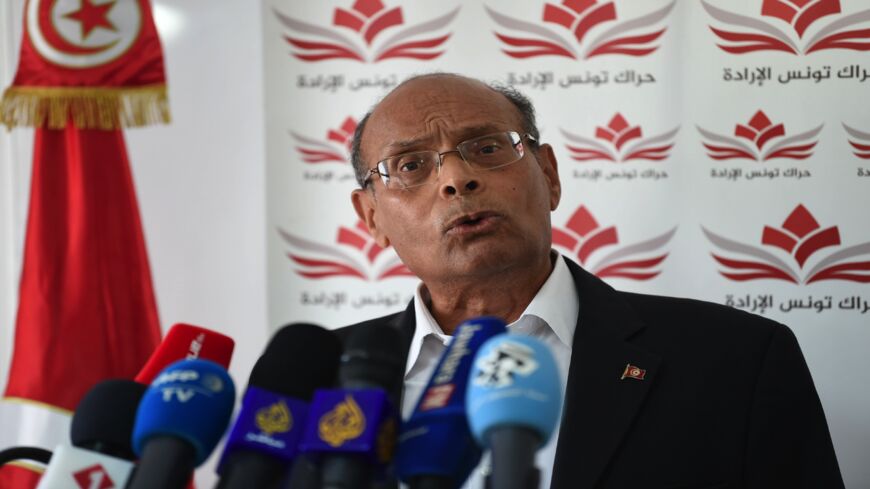 A court in Tunisia on Wednesday sentenced former President Moncef Marzouki in absentia to four years in prison for “assaulting the external security of the state” after he accused Tunisian President Kais Saied of staging a coup, TAP state news agency said.

From 2011 to 2014, Marzouki was president of Tunisia, a country often held up as the Arab Spring’s sole success story. In October, the Paris-based former president told a rally in the French capital that France should cut off support for Saeid’s government and “reject any support for this regime and this man who has plotted against the revolution and abolished the constitution.”

The following month, Tunisia issued an arrest warrant for Marzouki, who authorities claimed had undermined Tunisia’s security. Marzouki said he was “not concerned by any decision issued by these illegitimate authorities” but described the warrant as “a threatening message to all Tunisians.”

In what his critics said was a coup, Saied fired former Prime Minister Hichem Mechichi on July 25. He assumed executive authority, sacked other top officials, took control of the judiciary and suspended the elected parliament. Two months into his power grab, he appointed relative political newcomer Najla Bouden Romdhan as the country’s first female prime minister.

Under intense international pressure, Saied announced this month that Tunisia will hold a constitutional referendum in July. The parliament will remain suspended until a vote is held in December 2022.