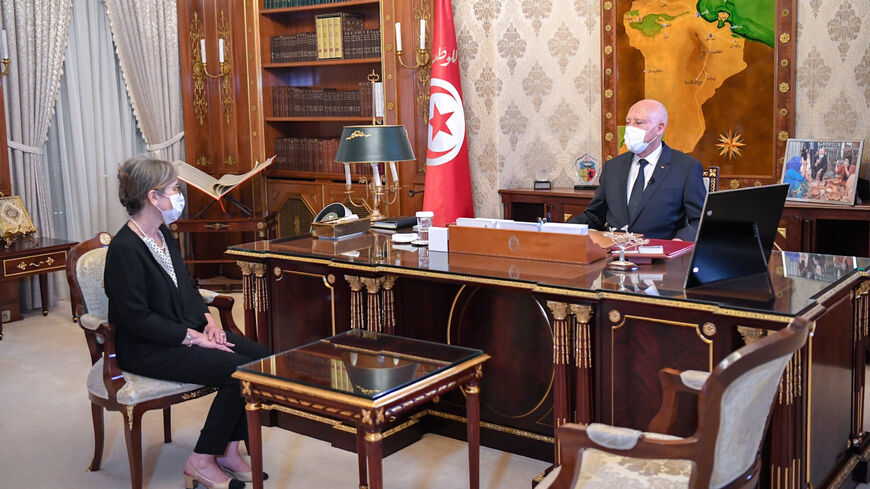 Tunisian President Kais Saied has appointed relative political newcomer Najla Bouden Romdhan as the country’s first female prime minister, two months after he dismissed the government in what his critics said was a coup.

"This is the first time in the history of Tunisia that a woman has led a government," Saied said in a video message Wednesday. "It is an honor to Tunisia and Tunisian women."

Romdhan was previously at Tunisia’s Ministry of Higher Education, where she directed World Bank projects. She is also a former geology professor.

Saied said he asked Romdhan to quickly propose a cabinet "because we have lost a lot of time." The goal of the new government, he said, would be to “put an end to the corruption and chaos that have spread throughout many state institutions.”

The Tunisian president has faced mounting domestic and international pressure to name a prime minister since he fired former Prime Minister Hichem Mechichi on July 25. Along with dismissing the premier, Saied announced that he was suspending the elected parliament for 30 days or “until the situation settles down." He cited his emergency powers in stripping lawmakers of their immunity and sacking a number of other top government officials.

Saied announced last week that he would disregard most of the 2014 constitution and rule by decree indefinitely, a move that analysts said further undermined democracy in a country often held up as the Arab Spring’s sole success story.

Saied still has broad support from a public that remains frustrated by the former government’s handling of the coronavirus and the economy. But his critics, including members of the moderate Islamist Ennahda party, said his actions amount to a coup and violate the young democracy’s constitution.

US State Department spokesperson Ned Price said last week that the Biden administration is “concerned that transitional measures are continuing without a clear end."

“We echo calls from the Tunisian public for the president to articulate a plan with a clear timeline for an inclusive reform process that includes civil society and diverse political voices,” Price said.