Crown Prince Mohammed bin Salman will visit Qatar for the first time since Saudi Arabia ended a yearslong blockade on its Gulf neighbor. 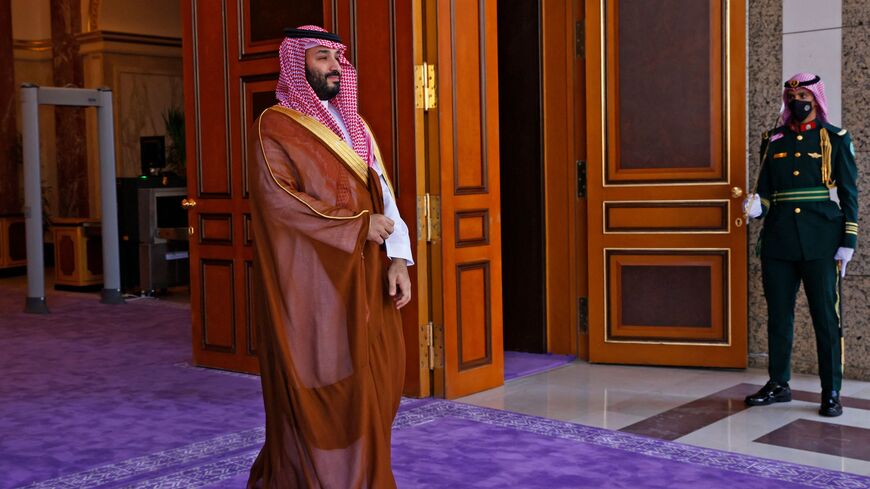 Saudi Arabia’s Crown Prince Mohammed bin Salman has kicked off a tour of Gulf Arab states for talks focused on regional cooperation and the threat posed by Iran’s nuclear activities.

The country’s de facto ruler arrived Monday in Oman, where he is expected to meet with Sultan Haitham bin Tariq, the Oman News Agency reported. From there, the crown prince will visit the United Arab Emirates, Bahrain, Qatar and Kuwait, according to Saudi-owned Al-Arabiya.

Bin Salman's regional tour marks his first since the pandemic and since the Saudi-led bloc eased their yearslong diplomatic and economic isolation of Doha in January. Saudi Arabia led its allies Bahrain, the UAE and Egypt in severing ties with gas-rich Qatar in June 2017, accusing their neighbor of funding terrorism and growing too close to Iran and Turkey.

The Saudi royal’s Gulf tour comes ahead of the annual six-nation Gulf Cooperation Council summit, which will reportedly be held in the Saudi capital of Riyadh on Dec. 14.

Bloomberg reports that bin Salman's trip to Qatar will overlap with a visit to the Gulf country by Turkish President Recep Tayyip Erdogan, whose government backed Doha during the Gulf row.

Relations between Saudi Arabia and Turkey were strained by Riyadh’s support for the 2013 overthrow of Egypt’s Muslim Brotherhood government. Ties further soured with the 2018 killing of journalist Jamal Khashoggi in the Saudi Consulate in Istanbul.

The Iranian nuclear agreement is expected to be a focus of bin Salman's talks with regional leaders. Negotiations between Tehran and world powers that resumed in Vienna after a five-month hiatus stalled last week. A US official told reporters on Saturday that Iran has reneged on the concessions it made in the previous six rounds of talks.

Saudi Arabia and other Gulf states opposed the 2015 nuclear deal, in part because the multilateral accord did not address Iran’s ballistic missile program and proxy activity. US President Joe Biden has sought to reenter the deal if Iran resumes compliance.