Mohammed Dahlan’s Democratic Reform Current held its first internal elections in Gaza, ahead of Fatah’s general conference next March and in light of failed reconciliation efforts within the movement. 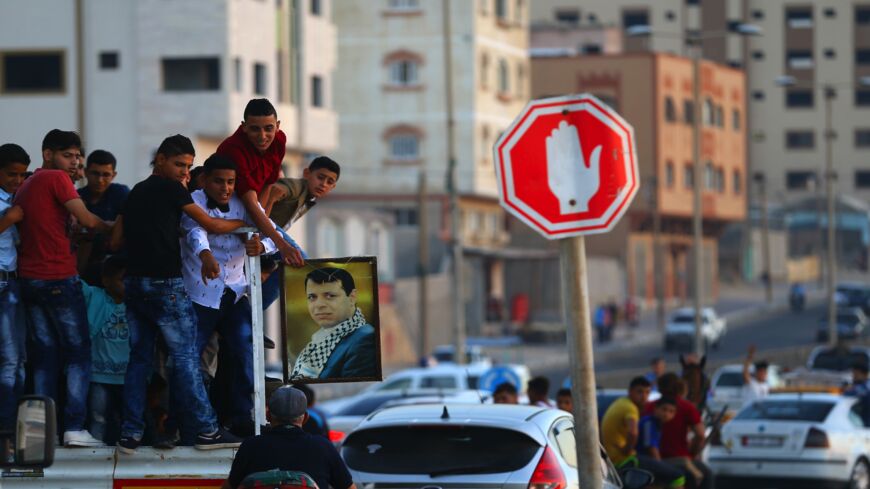 Palestinian youths hold a framed portrait of Mohammed Dahlan, an exiled senior Fatah official and rival to Mahmoud Abbas, who was sentenced in absentia to three years in prison on corruption charges, during a wedding in Gaza City, on June 29, 2017. - MOHAMMED ABED/AFP via Getty Images

RAMALLAH, West Bank — The Democratic Reform Current in the Fatah movement, led by Mohammed Dahlan, held its internal elections in the Gaza Strip for the first time on Dec. 17.

Voter turnout was 95% of 621 members who make up the Current’s organizational conference, as 125 candidates competed in the elections and 65 members secured seats in the Gaza Leadership Council. These 65 members will elect a 13-member council in the coming days to handle day-to-day affairs in the Gaza Strip.

Abdel Hamid al-Masri, a leader in the Democratic Reform Current, told Al-Monitor that preparations for holding elections began over three months ago, pointing out that the conditions in Gaza were appropriate and allowed the elections to be held since the Current and Hamas are on good terms.

“The elections will be held in other parts of the world as well. The European square seems the most fortunate, given the democratic atmosphere in European countries and since we have no issues with the authorities there,” Masri noted.

The Democratic Reform Current is based in the Gaza Strip as most of its leaders hail from there. Over the past months, Hamas has allowed dozens of Current leaders to return to Gaza, thus paving the way to hold internal elections with the movement’s approval. However, holding elections in the West Bank seems impossible “since the Palestinian Authority is persecuting the Current’s members,” according to Masri, who said that holding elections in some Arab arenas such as Egypt and Lebanon will also not be possible at the present time.

The Democratic Reform Current was established in the Gaza Strip in 2016. It includes a large number of dismissed Fatah leaders, led by Dahlan, who was dismissed from the movement on June 12, 2011, after being accused of financial and security corruption issues.

“We were dismissed from Fatah because we called for central democracy within the movement. This is why one of our basic principles is holding elections and democratizing the movement and the Current internally, without external influence,” Masri explained.

He denied that the elections had anything to do with the failure of reconciliation efforts, especially the recent Russian efforts, saying, “I do not think so, because the election decision was taken more than a year ago and arrangements began over three months ago before Russia got involved.”

These elections have many implications. They were held 10 years after Dahlan and many leaders were dismissed from Fatah, and after reconciliation efforts were undertaken by the Arab Quartet (Saudi Arabia, the United Arab Emirates, Jordan and Egypt) failed, not to mention Russia’s efforts following Dahlan’s visit to Moscow on Nov. 2, where he met with Russian Foreign Minister Sergey Lavrov prior to Palestinian President Mahmoud Abbas’ meeting with his Russian counterpart, Vladimir Putin, on Nov. 23.

Masri refused to comment on whether any party was currently mediating between the Current and Fatah, saying, “Many interested parties have made efforts for reconciliation between Dahlan and Abbas, but the latter is intransigent and publicly refuses our return to Fatah, especially Dahlan’s. I do not know what happened with the Russian efforts, but had they yielded results the public would have known.”

The Democratic Reform Current elections in the Gaza Strip were held ahead of Fatah’s 8th General Conference scheduled for March 21, 2022, in Ramallah, through which new leadership will emerge. This further worsens the division between the Current and the movement, but Masri denies that there is any connection between the two events, saying, “The decision to hold the elections was taken before Fatah decided on its 8th General Conference; one has nothing to do with the other.”

Masri added, “If Fatah holds 100 general conferences, it would not affect our quest for unity within the movement. Our strategic decision is to never leave Fatah for those who wish to invest in the division; this will not last long.”

Meanwhile, Mukhaimer Abu Saada, a professor of political science at Al-Azhar University, told Al-Monitor, “It seems that the Democratic Reform Current leaders have finally decided to institutionalize the Current by holding internal elections and establishing elected councils in Gaza 10 years after the leaders were dismissed from Fatah.”

He added, “They have realized that there is no longer room for internal reconciliation efforts, and they thus must institutionalize the Current in preparation for any upcoming Palestinian elections.”

Abu Saada pointed out that holding the elections in Gaza has several indications, the most important of which is that “the Gaza arena is the heaviest for Dahlan’s Current, especially since most leaders hail from the Strip, and Hamas turns a blind eye to all the Current's activities.”

Speaking about the repercussions of holding these elections ahead of Fatah’s conference, he noted, “The Democratic Reform Current leaders say that they are part of Fatah and did not defect from it. However, if internal reconciliation is not successful and general elections are held, the Current will participate in independent lists of its own, and Fatah will participate in different lists. The Current will thus be a separate political organization.”

Abu Saada ruled out the possibility of a breakthrough in the internal reconciliation in Fatah in the post-Abbas stage, saying, “Abbas insists on not reconciling with Dahlan for several reasons he spoke about in 2014. The leadership close to Abbas will adopt the same approach and vision unless it senses that being separated from the Democratic Reform Current would do it more harm than good in the long run and give Hamas the opportunity to dominate the Palestinian arena." 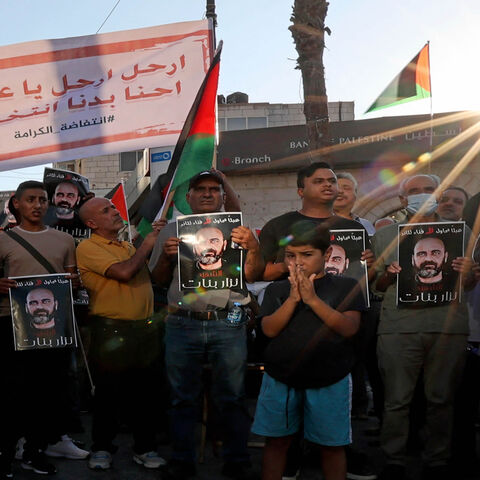