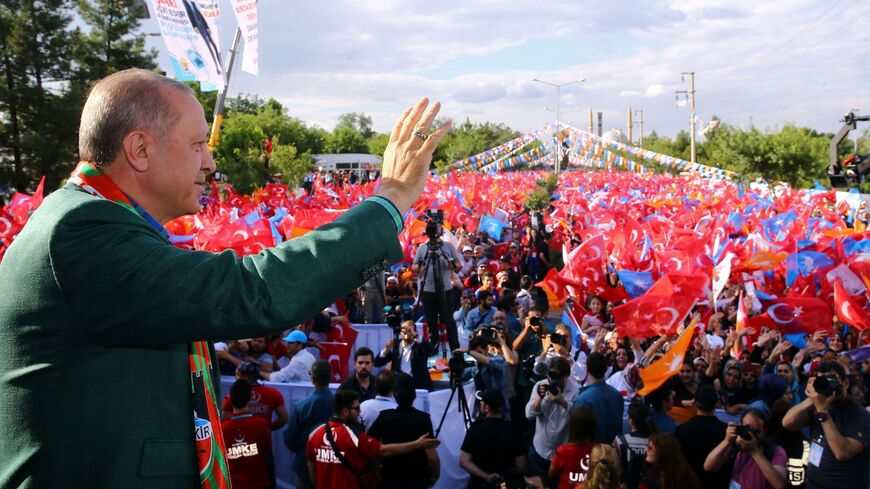 Once considered the cream of the bureaucracy, Turkey's foreign ministry is in decline as it becomes marginalized in policy-making and turns into an outlet for government loyalists waiting to be rewarded.

This is not just the view of the opposition but also of former ambassadors who have served in some of Turkey’s most important posts abroad.

As a multilingual class of highly educated officials, who were expected to hold their own in any part of the world, diplomats had a unique position in the state apparatus in former days.

This has changed fundamentally under the Justice and Development Party (AKP); especially after President Recep Tayyip Erdogan ushered in his system of one-man rule following the elections in June 2018.

The foreign ministry has been largely sidelined, with foreign policy being conducted mostly from the Presidential Palace.

Many see a link between this situation and Ankara's numerous foreign policy mistakes, which it is trying hard to correct now. Part of the problem is thought to be the appointment of government cronies to desirable ambassadorial posts, regardless of qualifications. Although such appointees existed in the past also, their number has increased in recent years.

Experts say Erdogan is determined to undermine the traditional Western-oriented and secular foreign ministry and replace it with a ministry that meets his Islamized foreign policy expectations.

Utku Cakirozer, a deputy from the main opposition Republican Peoples’ Party (CHP), highlighted the state of the foreign ministry during parliamentary debate this week.

Cakirozer accused the Erdogan government of appointing acolytes who appear more interested in self-promotion than diplomacy, including an ambassador who was appointed despite serious corruption claims against him; an ambassador who used his position to advertise a relative’s law firm; and an ambassador who lined his staff up and got them to salute him in order to share the video on social media.

He also referred to an ambassador who entered his embassy accompanied by the theme music from the popular “Valley of the Wolves” series. The long-running Turkish series depicts the fight by agents of the “deep state” against the country’s alleged enemies, including the U.S.

“Ambassadorial seats have turned into retirement projects for AKP deputies and Palace bureaucrats” said Cakirozer. “As a result of this we have lost significant ground in our relations with our traditional friends, allies and neighbors. Our reliability and neutrality has been compromised.”

Brushing off such criticism, Erdogan never misses a chance to reflect his antipathy for old guard diplomats, such as calling them “Mon Cher” (French for “My Dear”), based on a perception of them as cosmopolitan careerists.

Yet it is career diplomats who have traditionally been relied on to steer Turkey’s international ties in one of the most turbulent and dangerous regions of the world.

Turkey’s diplomacy used to also be based on the principles of remaining western oriented and not getting embroiled in the endless disputes of the Middle East. Foreign policy was also kept out of domestic politics to the extent possible in order not to jeopardize the greater interests of the Republic.

Former Ambassador Yusuf Buluc says such principles no longer apply. “The present regime has explicitly declared itself determined to transform the Republic into its Islamist mold,” he told Al-Monitor.

“Being a key component of a highly integrated civil service structure, the foreign ministry took a big hit from this political meddling,” Buluc said. “This has laid the groundwork in the Ministry of Foreign Affairs enabling nepotism, cronyism and sycophancy with a huge disregard for impartiality and expertise.”

Only 15 days after ushering in his one-man rule following the June 2018 elections, Erdogan decreed that any person who has served in any state institution for more than five years could join the foreign ministry. This applied not only to ambassadorial posts but to all posts in the ministry.

The independent press saw this as a shift from a system of meritocracy to one based on political loyalty. Under these conditions, more and more career diplomats are opting for early retirement.

Responding to a parliamentary question by Cakirozer, Foreign Minister Mevlut Cavusoglu revealed recently that eight ambassadors had called for early retirement in 2021. He did not respond to the second part of the question, which concerned the number of ambassadors waiting in Ankara for a posting abroad.

Cakirozer maintains that there are around 50 such ambassadors who have not been appointed because positions are being reserved for former AKP deputies.

Retired Ambassador Selim Kuneralp pointed out that political appointees are common in many western countries. “Besides, not all the ambassadors appointed in this way are bad," he said, citing the current ambassadors in the Vatican and Luxembourg. “What is new and detrimental are the appointments from other ministries or organs of government to internal foreign ministry positions.”

Kuneralp believes that the general decline in the foreign ministry actually started in 1998, when the rules for entering were changed, resulting in personnel with insufficient language skills. “Later, under the AKP, the rules were changed again. Existing exams, which included interviews and sought competence for example in composition writing, were replaced by simple multiple choice tests” Kuneralp said.

Former Ambassador Ahmet Uzumcu said the system of performance records had been abolished in the foreign ministry, leaving no basis for evaluating the competence of candidates.

“I was the head of Human Resources for three years in the 1990s. The candidates to senior positions we presented to the minister were then selected as a result of meticulous examination of performance records and consultations within a special committee,” Uzumcu told Al-Monitor.

He pointed out that the number of political appointees as ambassadors “has increased to historic levels” under the present government.

In the past, the foreign ministry would prepare different options for the consideration of the political authority, but now “the President reacts to international developments before the MFA presents its recommendations,” Uzumcu said. The only consolation for the MFA’s senior diplomats, he said, is that "the current state of Turkey’s relations with foreign countries and its standing in international forums is not of their making.”