The Islamization of Turkey’s Foreign Ministry

With recent legislative changes, AKP will now be able to appoint its cadres as ambassadors and give them senior posts in the Foreign Ministry. 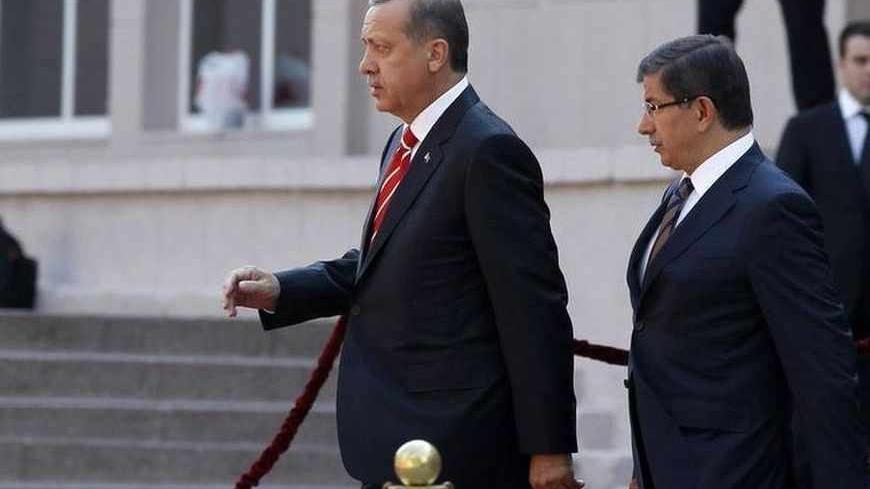 We all know "mon cher” is French for “my dear.” It is a term that was used by mostly the gents of Istanbul, Thessaloniki and Izmir, to embellish their daily social exchanges by using French when Westernization was in vogue in the last days of the Ottoman Empire. French was the leading international language of the time and Ottoman modernization had been long familiar with the French language. With the declaration of the Republic, “mon cher” faded away from daily usage but some other polite expressions as “merci” and “pardon” remained and are still in use.

But the meaning of “monsher” made up by combining two words of “mon cher” with their Turkish pronunciation is different. “Monsher” was the label affixed to better educated, refined, polite, worldly and urbanized men who preferred to solve their problems through dialogue by less educated, traditionalist and mainly patriarchal groups of rural origins and some politicians who claimed to represent them and their cultures in politics.

The “monsher” epithet has been resurrected by some Islamist conservatives to caricature “Westernized modernists” in the war of cultures that has been raging since the Ottoman days.

In recent years, the term ridicules the professionals of the Turkish Foreign Ministry, enriched with the institutional culture and manners that go back to the Ottoman era.

Leading this tainting campaign is Prime Minister Recep Tayyip Erdogan. Some main opposition CHP members of the parliament with foreign ministry background had criticized Erdogan’s remarks to the Israeli President Shimon Peres, “You know best how to kill people,” at a Davos panel on Jan. 30, 2009, while denouncing Israel’s “Cast Lead” operation in Gaza. That demarche found its place in history as the “One Minute Episode.” Erdogan responded to their criticism after returning to Ankara on Feb. 2, 2009, saying, “These people who behaved as monshers while they were in diplomacy continue to behave like monshers also while in politics.”

Consequently, to criticize this belligerent and not all that diplomatic stance of Erdogan against Israel and the general new style AKP had adopted in foreign policy became a subject of derision by the government and its allied media as “monsherism.” In fact, this “monsherism” the Islamists attributed to the Turkish Foreign Ministry is a manifestation of a total rejection.

First is the rejection of the political culture that has traditionally reigned in the Turkish Foreign Ministry, which was based on Western origin international customs and values.

The second is the rejection of professional attitudes, practices and styles such as moderation and prudence that they have acquired through their on-the-job training and experience.

The third is the rejection of established institutional culture that has made diplomacy a specialized career.

Setting him apart from Erdogan, I have not heard Foreign Minister Ahmet Davutoglu utter "monsher” about the current and past staff of his ministry as a criticism or in any other connotation. Nevertheless he must have agreed that the three rejections listed applied to his ministry, because at midnight of July 10, his AKP party delivered a fatal blow to Turkish Foreign Ministry with a legislative amendment.

The new provision will enable AKP cadres from outside the ministry to take over the upper echelons of the Foreign Ministry in a relatively short time.

Accordingly, those who are appointed from outside non-state institutions to missions abroad with the rank of ambassador, upon their return will keep their ranks and be appointed to senior posts in the ministry. They will be subject to same rules and regulations with career staff members and will enjoy the same rights.

Before the legislative amendment, those sent abroad as non-career ambassadors were allowed to serve at the ministry headquarters if there was any need for them, provided they had served with a state institution and agency, that is, if they were from the state bureaucracy. In the new setup, the stipulation that “must be from a state institution or agency” is rescinded.

What this means in practical politics is this:

Journalists, academics, members of think tanks close to AKP and former members of parliament of that party after serving for a while as an ambassador abroad will be able to occupy one of the 25 general directorates or seven deputy undersecretary posts.

Davutoglu, if he wants, can post an activist of the Islamist NGO IHH [Humanitarian Assistance Foundation] that he worked closely with behind the scenes during the flotilla affair to a distant, small country as an ambassador and then recall him a few months later and post him as a deputy general director of the Middle East Department.

Normally, in the Turkish Republic’s Foreign Ministry to reach the rank of ambassador and then occupy a senior post at the headquarters used to require serious and tedious testing. The Foreign Ministry is a deeply rooted institution with a special organization law that defines its structure, which goes back to the Ottoman era.

All the foreign ministers before Davutoglu had to operate with this institutional culture whether they liked it or not. Of course, this blow against the Turkish foreign ministry’s institutional culture and to diplomacy profession as a whole could not have happened without Davutoglu’s blessings. No doubt bypassing the stringent testing and promotion systems that safeguarded the quality and selectivity of the institution just to bring in to the ministry people the minister wants to work with from outside is a political decision.

It also means that AKP and Davutoglu could not find a staff in the ministry who obey and serve them without question and could not develop such a cadre by using the built-in promotion procedures of the ministry.

Some of the career diplomats of the Ministry must have remained loyal to the culture of the institution they were a part of and as such proved to be inadequate to meet the some of AKP’s expectations.

This Foreign Ministry must have preserved itself as an institution that could have opinions independent from the government.

Now, 11 years after the AKP came to power and four years after Davutoglu was appointed minister of foreign affairs, it appears that the AKP has given up hope on the foreign ministry bureaucracy and as a result partisan politics are taking over the Turkish foreign ministry.

This is a situation you might see in presidential regimes. Although at a first glance there is an impression that the Turkish foreign ministry is moving closer to the American system, that is not the case,

The problems created by the American system is being debated in the United States, but there those who are appointed to senior management roles in the foreign ministry leave when the next president takes over.

In the structure depicted for the Turkish foreign ministry there is no such provision. Also in the United States there is no polarization between  Republicans and Democrats that reaches to the level of lifestyle conflicts as it does in Turkey.

The new regulations will make the prospects of career staff members who have entered their careers from the lowest grade with the aspiration of becoming an ambassador ambiguous at best, and will generate serious rifts and crises of trust within the organization. A very painful transition and significant negative consequences are awaiting Turkish diplomacy.

Osman Koruturk, a main opposition CHP member of parliament and a retired ambassador, speaking to parliament that night when the legislation was enacted, said:

“Can you imagine the implications of appointing people whose foreign policy experience is only three, four years as an ambassador after we have sent them abroad and who served successfully or not — some were actually successful — and then bring them back to Ankara and appoint them as director general of the Middle East Department, of NATO Affairs Department or Director General of Relations with West Europe? We don’t have to look too far. Here we have Mr. Minister. The minister is an academic and expert on international politics who has authored books but when it comes to practice, because he is not from inside this career and is not aware of intricacies of  the profession, we see the point he has brought our country to. Today there is not a single country that listens to us.”