Two prominent diplomats affiliated with the Republican People's Party are trying to repair ties between Ankara and Cairo. 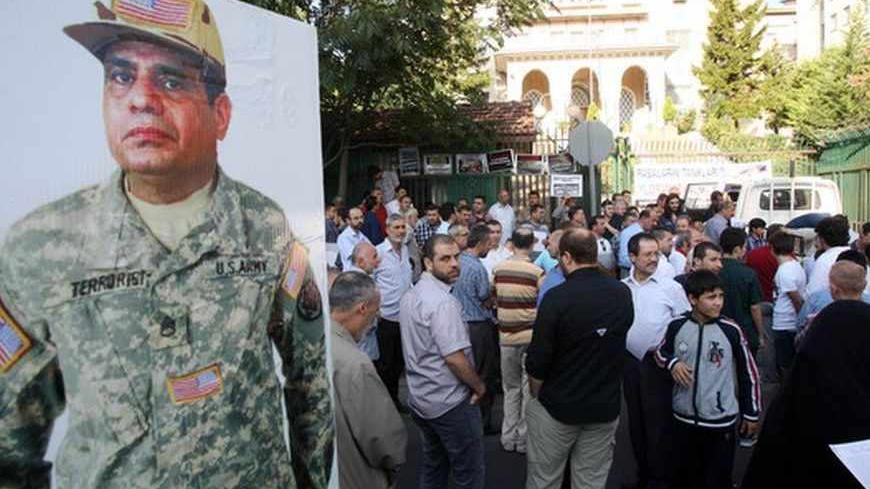 Free of domestic politicking, Turkish foreign policy may have once focused only on promoting national interests in a dangerous and turbulent geopolitical environment. Today, however, it has become an extension of the political struggle between the Islamist government of Prime Minister Recep Tayyip Erdogan and the country's secular opposition. This struggle resurfaced again this week during a visit to Egypt by senior deputies from the main opposition Republican People's Party (CHP), who also happen to be among Turkey’s most prominent former diplomats.

The delegation included Faruk Logoglu, a seasoned diplomat who has served as ambassador to Washington, and Osman Koruturk who served as Turkish ambassador to Berlin and Paris before retiring and joining the CHP in 2010.

Koruturk, as Ankara’s special Iraq envoy from 2003 to 2005, was the first official to argue that Iraqi Kurds are potential partners for Turkey, not the divisive demons that Turkish ultra-nationalists still consider them to be. Following this logic, Ankara subsequently went on to establish the good ties it enjoys today with the Kurdistan Regional Government (KRG).

Despite having such foresight and proven diplomatic track records, both Logoglu and Koruturk nevertheless fit the model of diplomats derided by Erdogan as "mon cher." When used in this context, the French term, which means "my dear," is not unlike the US reference to American diplomats as "cookie pushers."

For Erdogan, the term "mon cher" represents the "effete" diplomat considered to be a supporter of the supposedly "spineless foreign policy" that the Justice and Development Party (AKP) got rid of after it came to power. The "spineless foreign policy," on the other hand, refers to the way Ankara traditionally kept a healthy distance to disputes in the Middle East, and generally tried to remain neutral, because of the region’s unstable and unpredictable political environment.

History has shown that this instability and unpredictability can throw ambitious but unprepared and inexperienced governments into a diplomatic limbo. This seems to be the case with the Erdogan government today. The AKP’s self-declared “upright” stand on Iraq, Syria and Egypt has left Turkey with few if any official interlocutors in those countries. Meanwhile, other regional Sunni powers are following Ankara’s attempts at “morality”-based interventions in the region with suspicion.

Instead of forcing a return to the realistic and balanced foreign policy approaches of the past, this situation has driven Erdogan’s foreign policy advisers to invent quaint terms such as “precious isolation” to justify Turkey’s current regional isolation. The truth, however, is that the AKP government has hardly any contacts left in Egypt, apart from members of the deposed Muslim Brotherhood whose chances of regaining power anytime soon appear slim.

This has opened a niche for the CHP to try and ensure that Turkish-Egyptian ties, which have a long history, do not go down the sinkhole because of the ideological whims of Erdogan and members of his cabinet. It is also worth noting that Ankara sent its ambassador back to Cairo last week despite the harsh criticism of the military coup by AKP officials.

The ambassador was recalled in August to protest the killings of Muslim Brotherhood supporters. His return to Cairo shows that the Erdogan government could not risk severing all ties with a key Arab country, and especially one whose current government enjoys the support of other regional powers.

Despite the government’s acrimony Logoglu and Koruturk tried not only to engage in fence-mending between Ankara and Cairo, but also had enough discretion to be politically correct and not criticize Erdogan while doing so. Judging by the press reports, Logoglu even demanded respect for Erdogan, as the Turkish prime minister, when Erdogan was being bad-mouthed by some Egyptian politicians.

Such bad-mouthing is said to have increased noticeably after Erdogan attacked the grand sheikh of Al-Azhar, the highly-respected university and center of Islamic learning whose history dates back centuries. During a pubic address in the Black Sea town of Rize on Aug. 25, Erdogan said that “history would curse” Ahmed al-Tayyeb, the sheikh of Al-Azhar, for his support of the coup.

Tayyeb, a highly respected personality in Egypt, was among the officials that the CHP deputies met while in Cairo and tried to mollify, with some success it seems. Logoglu and Koruturk also held talks with members of ousted President Mohammed Morsi’s cabinet, and politicians close to the Muslim Brotherhood.

Tellingly, there was not much AKP officials could say about these contacts. During all their contacts, the CHP deputies are said to have extolled the virtues of democracy. The bottom line for Erdogan and members of his government, however, is that the CHP has encouraged anti-democratic forces in the region through this visit.

It has become standard fare for the AKP to link the CHP with past military coups in Turkey. Harking back to this they claim now that this is why CHP deputies can fraternize so easily with members of regimes installed by a military.

Talking to reporters at Ankara’s Esenboga Airport, prior to flying to St. Petersburg for last week’s G20 summit, Erdogan took a swipe at the CHP deputies planning to go to Cairo: “Their experiences in Turkey are not enough for them. They are now engaged in an effort to either gain from a coup outside the country or to transmit their own experiences in this regard. This is how I see this visit. Otherwise there is nothing that those people from the CHP who will go there can contribute to either Iraq or Egypt.”

Erdogan’s reference to Iraq alongside Egypt had to do with the visit to Baghdad by CHP leader Kemal Kilicdaroglu in August, where he met with Prime Minister Nouri al-Maliki, much to the annoyance of the Erdogan government, which is barely on speaking terms with Baghdad. The two governments are at odds on a number of issues related to Iraq’s domestic politics and Syria, where they support opposing sides.

Angered at the contacts Logoglu and Koruturk had in Cairo, Erdogan questioned what authority the CHP had to hold such talks in Turkey’s name. “In what capacity did you go there? What is your competence in trying to improve the country’s official ties?” Erdogan asked during a Sept. 11 speech to the business community in Istanbul.

Charging the CHP with “provocation,” Erdogan also accused it of organizing demonstrations in support of Syrian President Bashar al-Assad taking place in Turkey. While Logoglu and Koruturk maintained their diplomatic composure in the face of such charges, there were those within the CHP and outside it who accused the AKP of hypocrisy.

They recalled that the Erdogan government maintained good ties with and hosted Sudan’s Omar al-Bashir, who came to power by force like the current Egyptian government, and who is accused of being complicit in the murder of tens of thousands of his citizens, like Assad. This bickering between the AKP and the CHP will undoubtedly continue in the foreseeable future.

The CHP delegation nevertheless returned from Egypt with expressions of goodwill toward Turkey; an acknowledgment of the importance of Turkish-Egyptian ties; and reassurances for the Turkish business community, whose interests in that country represent billions of dollars. They also received a personal guarantee from Sheikh Ahmed al-Tayyeb for the security of the large number of Turkish students at Al-Azhar who are said to be concerned due to the state of ties between the two countries.

It is not clear if the CHP will gain political points at home as a result of this visit. It is clear, however, from statements on both sides and press reports that Logoglu and Koruturk eased some of the tension between Ankara and Cairo. This may not be good for Erdogan and his government, but will no doubt prove to be good for Turkish-Egyptian ties in the long-run.