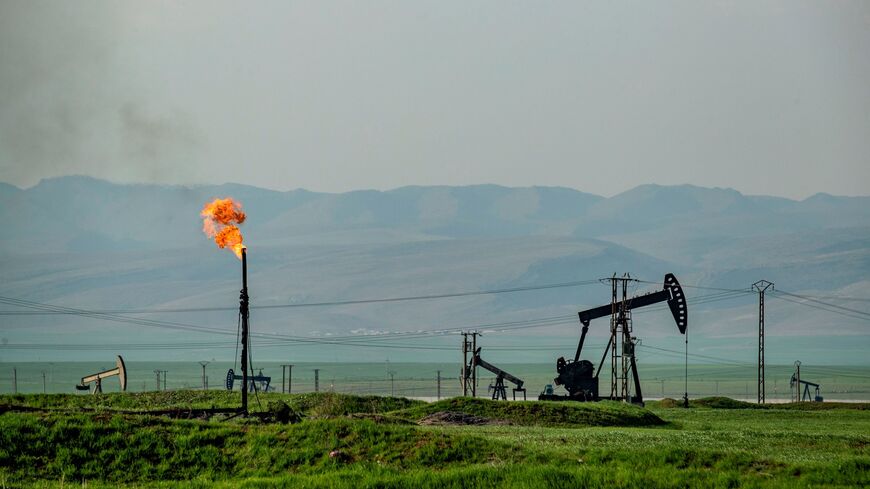 A pump jack operates in an oil field in the countryside of al-Qahtaniyah town in Syria's northeastern Hasakeh province near the Turkish border, on March 11, 2020. - DELIL SOULEIMAN/AFP via Getty Images

Several oil workers were killed by the Islamic State (IS) in eastern Syria today.

IS fighters ambushed two buses carrying the workers back from work in the al-Kharata oil field in the southwest of the Deir ez-Zor province. Ten were killed and another was injured, Syria’s official news outlet SANA reported.

IS lost its final territory in Syria in 2019, but continues to operate in the country. The Kurdish-led Syrian Democratic Forces (SDF) also hold thousands of IS fighters in detention centers in northeast Syria. The Islamic State is particularly active in Deir ez-Zor, and killed two Iranian military advisers there in June. The SDF controls eastern Deir ez-Zor, while the Syrian government controls the west.

Two young men were also injured when a mine left by IS exploded in the western city of Homs today, according to SANA.