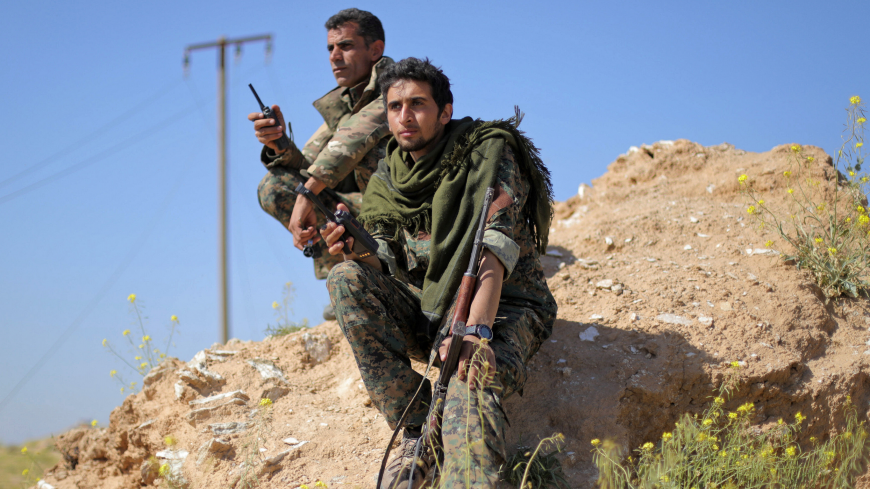 The operation, dubbed “Deterring Terrorism,” is one of the largest the Syrian Democratic Forces (SDF) have undertaken since capturing the final holdout of the Islamic State (IS) near the Iraq border in March 2019, according to the SDF.

The sweep comes in response to increased attacks by suspected IS sleeper cells in the majority-Arab Deir ez-Zor province — a problem that the US military has said undermines locals’ faith in the Kurdish-led administration.

SDF media official Marvan Qamishlo told Al-Monitor by phone that the manhunt spans from southern Hasakah province into Deir ez-Zor, and is expected to conclude next week in Syria’s eastern border area with Iraq, but may be extended. Qamishlo, who was present during the operation, told Al-Monitor that SDF forces had arrested 17 suspected IS affiliates as of this evening.

SDF spokesperson Kino Gabriel said today that the operation was intended to “end the threat of sleeper cells” and “restore security and stability” in the area. SDF media official Adnan Afrin told the North Press Agency that the search includes some 6,000 fighters, and was launched following a decision last month in response to complaints from civilians in Deir ez-Zor about increased IS activity in the province.

The SDF’s media office said the campaign will target IS "hideouts and hotbeds which were a source of concern to the people.” American soldiers were seen participating in the operation, which the SDF said is being coordinated with the Iraqi army across the border.