According to reports, the IDF does not have the means to effectively and seriously damage Iran's nuclear facilities right now. 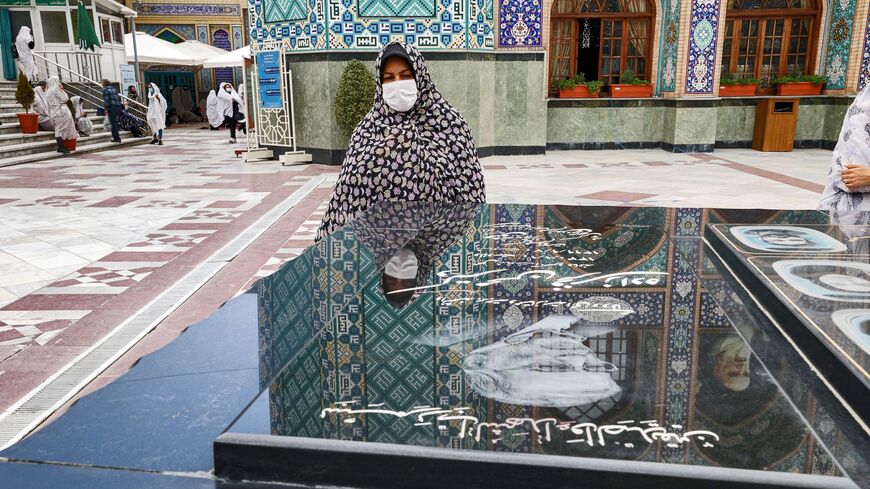 A woman pays her respects at the grave of Mohsen Fakhrizadeh, an Iranian scientist linked to the country's nuclear program who was killed months before by unknown assailants, in Tehran on April 14, 2021. In November 2020, Iran blamed Israel for being behind the assassination of Fakhrizadeh, who headed Iran's defense ministry's research and innovation. - ATTA KENARE/AFP via Getty Images

Much has been written in recent months regarding the possibility of an Israeli attack on Iran.  On Dec. 2, Mossad Chief David Barnea was quoted as saying, "Iran will not have nuclear weapons – not in the coming years, not ever. This is my personal commitment. This is the Mossad’s commitment." On Dec. 18, Defense Minister Benny Gantz said that he had notified the Biden administration that he had instructed the IDF to prepare for a strike against Iran.

On the other hand, in a Dec. 18 report by the New York Times, senior Israeli officials estimated that right now, the IDF does not have the capacity to attack the nuclear facilities in Iran. Judging by other publications, the reports are rather accurate. Israel does have a basic ability to attack in Iran even today, but with less effect, and it’s reasonable to assume, with many casualties.

Israel was better prepared at the beginning of the last decade, but with the signing of Iran's nuclear agreement in 2015, Israel decided to divert resources to other burning security issues, such as preparing to fight Hezbollah in the North. The assumption was that as long as the nuclear agreement was in force, Iran would not outright violate it, and an Israeli military action wouldn’t be necessary.

In 2018, when the United States, led by President Donald Trump, left the nuclear agreement, the Israeli military establishment assumed that the “maximum pressure” campaign Trump enacted toward Iran would work. Even in 2019, when Iran restarted its race to a bomb, no one in Israel directed a change in policy. When Joe Biden took office, Israel found it hard to believe that the administration would decide to remove sanctions from Iran before it signs a renewed nuclear deal. It now appears that this approach actually allowed Iran to race to enrich uranium.

According to updated information from the Israeli security establishment, despite Iran’s rapid rate of enrichment, Tehran has less than half of the material needed for one nuclear bomb, at an enrichment level of 60%.

The length of time required to enrich from-scratch uranium to a 20 percent level is much longer than the time needed to enrich uranium from low levels to higher levels. Thus, enriching uranium from 20 percent to 60 percent could take several months, and from 60 percent to 90 percent just a few weeks. Israel estimates that if nothing stops Iran, Tehran could arrive at enough highly enriched nuclear material for one bomb within a few weeks. But the belief is that Iran would not choose to do so all at once.

Israel assumes that in the end, Iran would enrich the amount of uranium for one nuclear bomb – about 40 kg enriched at 90 percent. But Israeli military leadership noted in recent weeks that Iran would not have anything to do with enriched nuclear material without a bomb or rockets to carry it.

The significance of these statements is that unofficially, Israel has moved the red line that it drew in the past. In the past, former Prime Minister Benjamin Netanyahu determined that Iran should be prevented from amassing enough enriched uranium for one bomb. In contrast, for years, the Americans have held that as long as Iran does not have the other components of the plan, it does not constitute a nuclear threat in practice.

When senior Israeli officials clarify that Israel has enough time to prepare for a strike because Iran still has a long road to develop a nuclear detonator and ballistic missiles, it means that the red line has moved a bit. For lack of another option, Israel has apparently accepted the American interpretation regarding the timing of Iran’s nuclear program.

According to optimistic estimates in Iran, completing the nuclear facility and missiles is expected to take at least a year and a half, if not more, and this is exactly Israel’s window of opportunity to prepare for a strike.  Following the chief of staff, Lieutenant General Aviv Kokhavi’s directive, the IDF is intensively preparing for an attack on Iran, and sources familiar with the topic report that with each day that passes Israel’s preparedness grows.

In any event, even if Israel had the capacity to attack Iran right now, it is unlikely it would do so as long as the United States maintains contacts with Tehran regarding a nuclear deal, in order not to provoke conflict with the American administration, and not to be accused of aggression and of ruining US diplomatic efforts.