Many Iran-backed militias rejected the results of the October election in which they performed poorly. 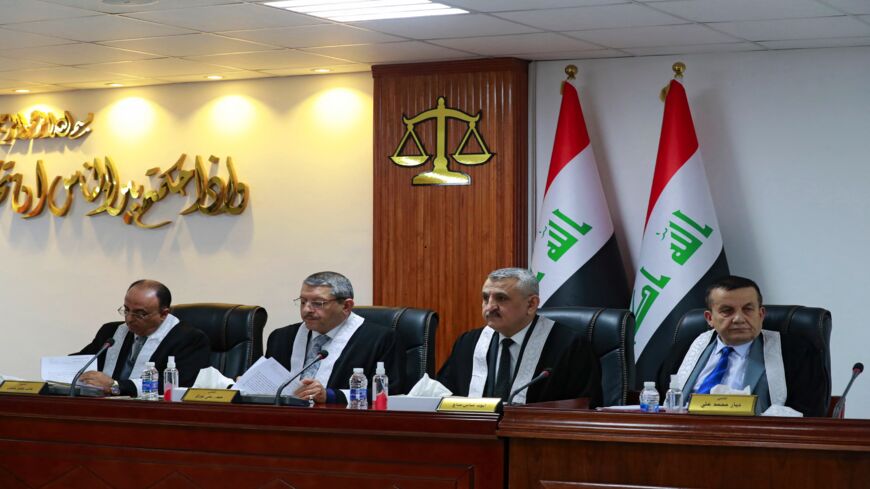 Iraqi judges attend a court session at the Supreme Judicial Council in the Iraqi capital, Baghdad, on Dec. 27, 2021, as the court is set to announce the verdict in the bid filed by the Hashid al-Shaabi ex-paramilitary alliance contesting its defeat in the October 10 parliamentary election. Iraq's highest court rejected a bid filed by the ex-paramilitary alliance contesting its defeat in the Oct. 10 parliamentary election. - AHMAD AL-RUBAYE/AFP via Getty Images

Judge Jasim Muhammad Abud announced the decision in a statement that was published by the official Iraq Media Network.

Parties affiliated with Iran-backed militias within the Popular Mobilization Units performed poorly in the contest. Some militia supporters clashed with security forces in November while protesting the results, alleging that the election was rigged.

The court’s decision is a blow to Iran’s allies in Iraq. Hadi al-Amiri of the Fatah Alliance said they would abide by the court’s ruling. The Asaib Ahl al-Haq armed group criticized the ruling, Reuters reported.

Sadr praised the decision in a statement on Twitter.

Iraqi President Barham Salih has 15 days to convene parliament now that the results have been certified.

Courts and the law
Iraqi elections