Esmail Ghaani implied that Iran is able to strike at the US in ways it once could not. 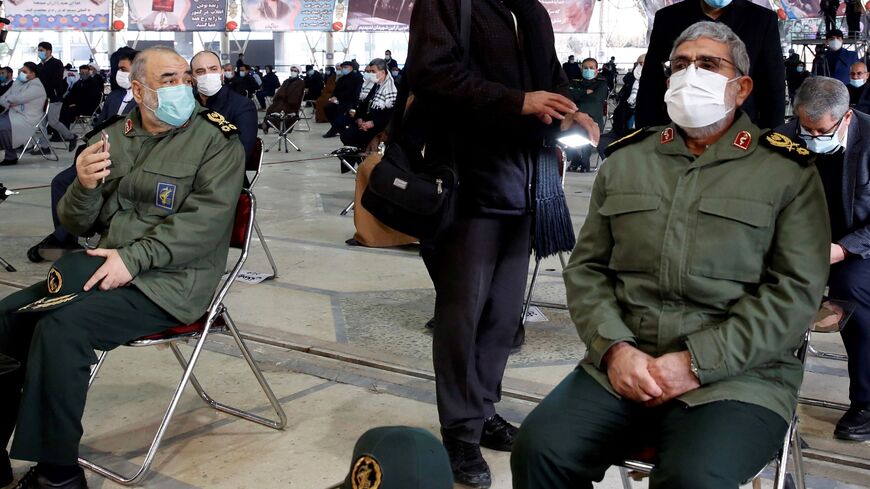 The commander of the Quds Force of Iran’s Islamic Revolutionary Guard Corps warned that the United States’ “teeth will be crushed” if it moves against Iran, according to state media.

Brig. Gen. Esmail Ghaani warned that Iran’s military capabilities had advanced to the point that the US “cannot do what you used to do in the past any longer. … The hit-and-run tactics no longer work,” he said.

The threats come as the latest round of indirect negotiations continues in Vienna over curtailing Iran’s nuclear program in exchange for sanctions.

Earlier today, US Secretary of State Antony Blinken said that Iran’s “recent moves, recent rhetoric, don’t give us a lot of cause for optimism.”

“It is not too late for Iran to reverse course and engage meaningfully,” Blinken told reporters at a summit in Stockholm. “In the very near future, the next day or so, we will be in a position to judge whether Iran actually intends now to engage in good faith.”

Iran’s lead negotiator, Ali Bagheri Kani, said Wednesday evening that his side had presented their proposal for “the removal of unjust sanctions and nuclear issues.”

Iran’s foreign minister, Hossein Amir-Abdollahian, said on Thursday that the talks were proceeding, but that his government is “not optimistic.”

"We went to Vienna with serious determination, but we are not optimistic about the will and the intention of the United States and the three European parties to the deal," Amir-Abdollahian reportedly said during a phone conversation with Japan’s top diplomat.

Yesterday, the United Nations’ nuclear watchdog warned that Iran was enriching uranium amid the latest round of talks, by using advanced centrifuges at its Ferdow plant in violation of the 2015 agreement, to which Tehran is still a party.

“What Iran can’t do is sustain the status quo of building their nuclear program while dragging their feet on talks. That will not happen,” Blinken said today.

The pessimism from Washington comes after an unmistakable warning was delivered late last month by the top White House official overseeing the US’s Middle East policy.

Brett McGurk said during a security summit in Manama that the US would not allow Iran to obtain a nuclear weapon and would turn to “other options” in case diplomacy fails.

“When it comes to military force to prevent a country from obtaining a nuclear weapon, that is a very achievable objective,” McGurk said.

McGurk’s comments came after repeated public warnings by Israel’s government that it is prepared to use military force against Iran’s nuclear program – a move many analysts have deemed foolhardy should Israel go it alone.

Israel’s Prime Minister Naftali Bennett on Tuesday urged Blinken to immediately halt negotiations in Vienna and not to give in to what he called Iran’s “nuclear blackmail.”

Iran, the US, the UK, France, Russia, China, Germany and the European Union were all parties to the original 2015 deal, which former US President Donald Trump unilaterally abandoned in 2018, leading Iran to once again begin enrich uranium.

The Trump administration enacted a broad regime of sanctions on Iran after walking out of the deal, but Iran only pressed its campaign to support proxy militias across the Middle East with finances, arms and training in a bid for leverage.