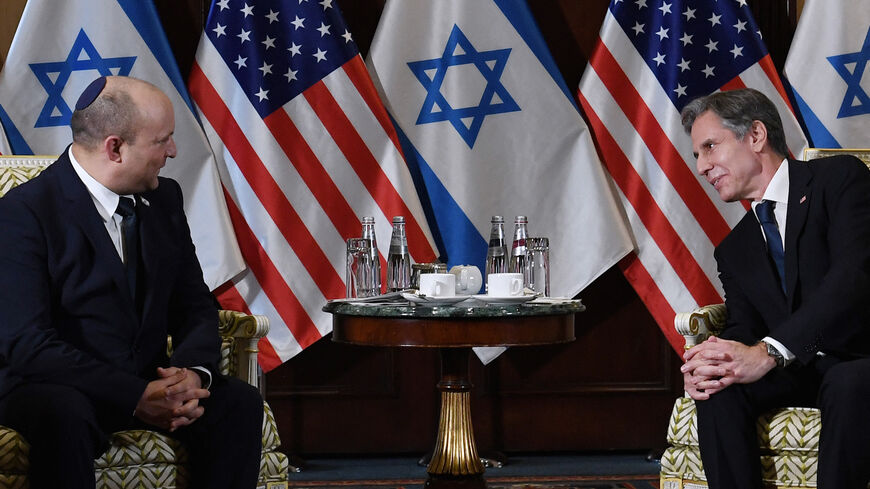 Israeli Prime Minister Naftali Bennett urged the United States on Thursday to immediately call off the seventh round of indirect negotiations with Iran over its nuclear program.

In a phone call with US Secretary of State Antony Blinken, Bennett said there must be an “immediate cessation of negotiations” in response to Iran’s use of “nuclear blackmail” as a negotiation tactic, the prime minister’s office said in a statement.

Bennet also referenced the recent International Atomic Energy Agency report that said Iran has streamlined the process of enriching uranium up to 20% purity using advanced machinery at its Fordow underground facility near the city of Qom, in a major violation of the multilateral accord.

His call with Blinken comes ahead of Israeli Defense Minister Benny Gantz’ planned visit next week to Washington, where he is scheduled to meet with his US counterpart, Defense Secretary Lloyd Austin. In an interview with Ynet Thursday, Gantz said he believes the Biden administration will prevent Iran from obtaining nuclear weapons, but that an attack on Iran "is an option.”

Iran and world powers resumed talks in the Austrian capital of Vienna on Monday aimed at reviving the landmark 2015 nuclear deal, officially known as the Joint Comprehensive Plan of Action (JCPOA), which set restrictions on Iran’s nuclear program in exchange for sanctions relief. The talks had been on hold for five months following the election of Iran’s new hard-liner President Ebrahim Raisi in June.

The Biden administration has sought to re-enter the JCPOA, which President Donald Trump unilaterally exited in 2018, if Tehran resumes compliance under the deal. But Iran has said it will only do so if the United States makes the first move and lifts all sanctions.

Tehran has also demanded that any future deal contain guarantees that Washington won't renege on the deal as Trump did three years after President Barack Obama sealed the agreement in 2015.

Iranian Foreign Minister Hossein Amir-Abdollahian said Thursday the talks were “proceeding with seriousness” and that the lifting of sanctions was a “fundamental priority.”