Israeli Energy Minister Yuval Steinitz said Iran is close to amassing the fissile material needed to build a nuclear weapon, but it would be a year or two before it could produce a nuclear weapon. 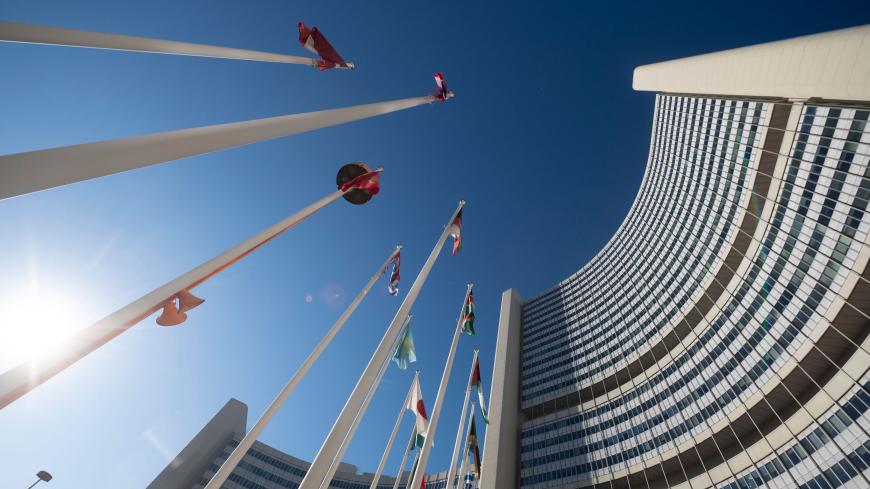 An outside view of the International Atomic Energy Agency headquarters taken ahead of a virtual board of governors' meeting at the IAEA headquarters of the UN seat in Vienna, Austria, on Nov. 18, 2020. - CHRISTIAN BRUNA/AFP via Getty Images

A senior Israeli official said on Tuesday that it would take Iran around six months to amass the amount of fissile material needed to build a nuclear weapon, nearly double the “breakout time” estimated by US Secretary of State Antony Blinken.

During an interview with public broadcaster Kan, Israeli Energy Minister Yuval Steinitz said the previous US administration’s abandonment of the landmark nuclear accord in 2018 had weakened Tehran and “seriously damaged Iran’s nuclear project and entire force buildup.”

“In terms of enrichment, they are in a situation of breaking out in around half a year if they do everything required,” Steinitz said. “As for nuclear weaponry, the range is around one or two years.”

The landmark 2015 nuclear deal, known as the Joint Comprehensive Plan of Action (JPOCA), set curbs on the purity and amount of Iran’s enriched-uranium stockpile. The world powers that signed the deal estimated it would take Iran at least a year to produce enough weapons-grade enriched uranium to develop a nuclear weapon in the event that it reneged on the agreement.

Since President Donald Trump unilaterally withdrew from the JCPOA and reimposed harsh economic sanctions, Iran has ramped up its nuclear activities. In a major violation of the deal announced last month, Iran said it had begun enriching uranium up to 20% purity at its Fordow underground nuclear facility near the holy city of Qom.

Iran is now enriching uranium using a second cascade of advanced IR-2m centrifuges and plans to install a third at its Natanz uranium enrichment site, according to an International Atomic Energy Agency report published by Reuters on Tuesday.

If Iran reverses its breaches and resumes full compliance under the JCPOA, President Joe Biden has said he will reenter the multilateral pact as a starting point for follow-on negotiations.

But Israel’s leaders are skeptical of Biden’s efforts to revive diplomacy with Tehran. In podcast interview with Al-Monitor’s Ben Caspit, former Israeli Ambassador to Washington Michael Oren described the JCPOA as a “terrible agreement” and said, “If you renew the JCPOA, you will be putting Israel and the Middle East on war footing.”

The Biden administration makes the case that Iran is closer to building a nuclear weapon now than it was before Trump withdrew from the deal. During an interview with NBC’s Andrea Mitchell on Sunday, Blinken said public reports indicate that Iran’s breakout time has been reduced to a few months. He warned that could drop to “a matter of weeks” if Iran continues lifting nuclear restraints in violation of the JCPOA.

“Now, the fissile material is one thing. Having a weapon that they can actually detonate and use is another,” Blinken said.

“Iran does not seek a nuclear weapon,” Zarif said in an interview with CNN. “If we wanted to build a nuclear weapon, we could have done it some time ago, but we decided that nuclear weapons would not augment our security and are in contradiction to our ideological views.”

Biden officials have said that after rejoining the JCPOA, Washington will consult with allies and partners to seek a “longer and stronger” agreement that would tighten Iran’s nuclear constraints and address its ballistic missile program.

Asked by NBC whether Iran’s release of detained Americans would be a condition in a revised deal, Blinken was noncommittal. Iran is holding several Americans on spying and other political charges, including Morad Tahbaz and Siamak and Baquer Namazi.

"We're going to focus on making sure that they come home one way or another," Blinken said.