US Secretary of State Antony Blinken told lawmakers it was unclear if Iran is "willing and prepared" to resume compliance with the nuclear agreement. 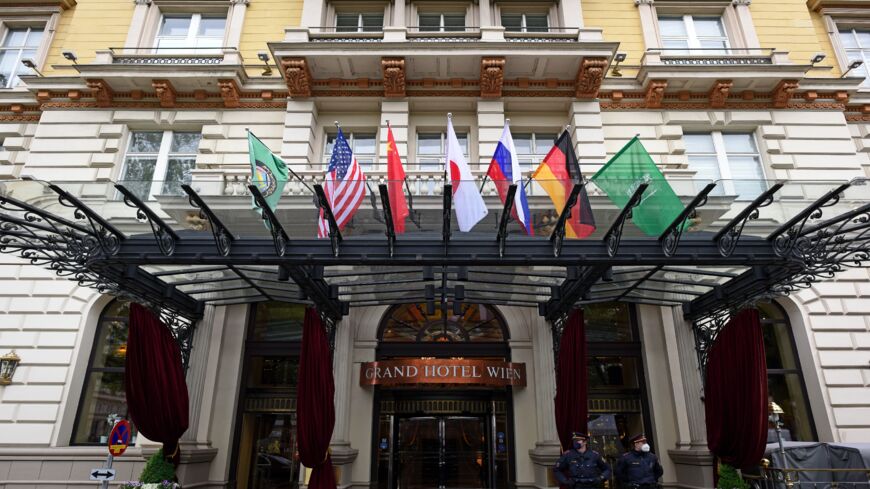 Police guard the Grand Hotel on the day the JCPOA Iran nuclear talks are to resume on May 25, 2021, in Vienna, Austria. - Thomas Kronsteiner/Getty Images

Iran’s so-called breakout time could drop to “a matter of weeks” if the country continues to violate its terms of the landmark nuclear deal, US Secretary of State Antony Blinken said on Monday.

During a House Foreign Affairs Committee hearing, Blinken said it remains to be seen whether the Iranians are “willing and prepared” to resume compliance with the 2015 nuclear deal known as the Joint Comprehensive Plan of Action (JPOCA).

The JCPOA set curbs on the purity and amount of Iran’s enriched uranium stockpile. The world powers that signed the deal estimated it would take Iran at least a year to produce enough weapons-grade enriched uranium to develop a nuclear weapon in the event that it reneged on the agreement. Since former President Donald Trump unilaterally withdrew from the JCPOA and reimposed harsh economic sanctions, Iran has steadily violated its obligations under the deal.

The original signatories to the deal have been meeting in Vienna to reach an agreement on a revived nuclear deal, but Tehran and Washington are at odds over which of them will make the first move. In the meantime, Iran’s program is "galloping forward,” Blinken said, referencing Iran’s increased uranium enrichment and recent use of advanced centrifuges.

In April, Tehran announced it was enriching uranium to 60% purity, bringing it closer to the 90% needed for a weapon. Blinken on Monday said Iran’s estimated breakout time — the time it would take to amass the amount of fissile material needed to build a nuclear weapon — is reportedly down to a few months, based on public reports.

“If this continues, it will get down to a matter of weeks — exactly what we’ve sought to avoid and what the agreement stopped,” the top US diplomat said. “So we have a real incentive, if we can, to at least put that back in the box.”

Iran says it does not intend to build an atomic bomb and insists its nuclear program is used for peaceful purposes only.

Blinken’s comments came as negotiators gear up for the sixth round of nuclear talks in Vienna, which are set to begin on Thursday. Separate of those talks, the United States is trying to secure the release of at least four Iranian-Americans who are unjustly held in Iran.

The secretary said the United States is determined to bring home those US citizens, as well as provide closure to the family of Robert Levinson, a retired FBI agent who is believed to have died in Iranian regime custody.