The rare statement from Intelligence Minister Mahmoud Alavi comes as the US administration vows to lift sanctions only if Iran resumes full compliance with the nuclear deal. 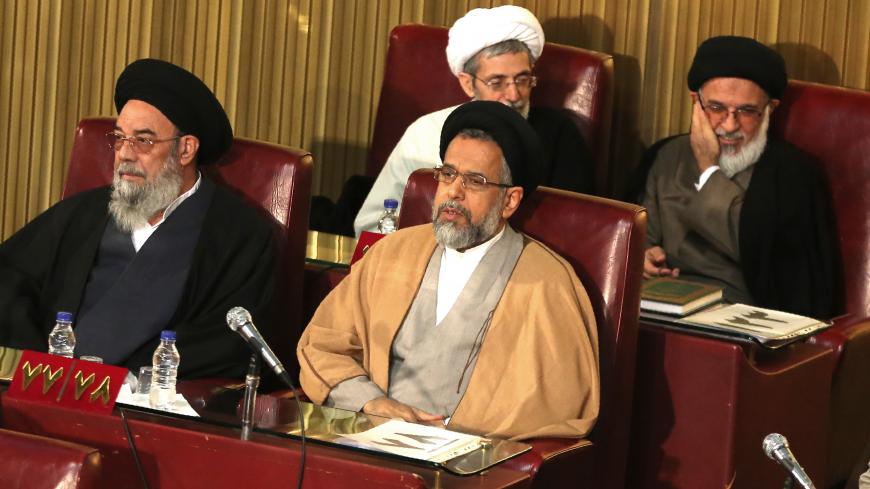 Iran's intelligence minister suggested on Tuesday that Iran would consider developing a nuclear weapon if crippling economic sanctions on his country aren’t lifted.

Such a statement is unusual for a senior Iranian official. The country’s leaders maintain that their nuclear program is used only for peaceful civilian purposes and often cite Supreme Leader Ali Khamenei’s apparent religious ruling banning the production of nuclear weapons.

“The Islamic Republic sees them as religiously forbidden and does not pursue them,” Intelligence Minister Seyyed Mahmoud Alavi said in an interview. “But a cornered cat may behave differently from when the cat is free. And if they push Iran in that direction, then it’s no longer Iran’s fault.”

The landmark nuclear deal struck between Iran and world powers in 2015, known as the Joint Comprehensive Plan of Action (JCPOA), sought to extend the time it would take Tehran to amass enough enriched uranium to develop a nuclear weapon.

But since former President Donald Trump unilaterally withdrew from the agreement and reimposed harsh economic sanctions in 2018, Iran has gradually breached the terms of the deal. Last month, Iran said scientists at its Fordow nuclear plant were enriching uranium at 20% purity, far beyond the JCPOA’s 3.67% limit.

US Secretary of State Antony Blinken said recently that Iran’s so-called breakout time has been reduced to a few months. He warned that time could drop to “a matter of weeks” if Iran continues lifting nuclear restraints in violation of the JCPOA.

If Iran resumes full compliance with the deal, President Joe Biden has pledged to rejoin the multilateral pact as a starting point for negotiations over a “longer and stronger agreement” that could restrict the country’s missile program and proxy activity in the region. But the two sides are at an impasse, with both Washington and Tehran demanding the other make the first move.

The Biden administration says it won’t ease sanctions until Iran returns to full compliance, but Iran’s leaders say they won’t roll back their nuclear program unless the US lifts sanctions. On Sunday Khamenei, who has the final say on such matters in Iran, described Tehran's current position on the nuclear standoff as his “final and irreversible” decision.