Raisi to Macron: Iran's 'rights' must be upheld in nuclear talks 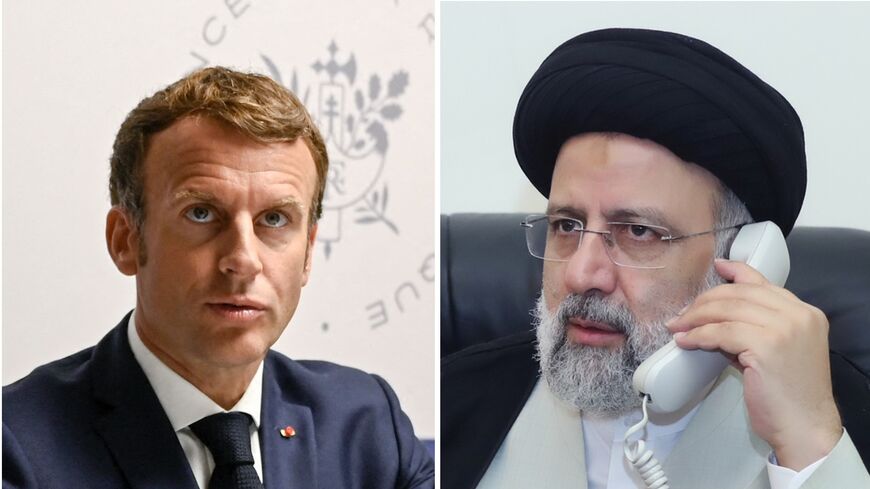 Iranian President Ebrahim Raisi on Monday told French President Emmanuel Macron that Iran’s rights must be upheld as part of the nuclear negotiations with the West, Raisi's office said of his first call with a Western leader.

According to an Iranian readout of the call, Raisi said that both the United States and the Europeans must meet their commitments under the 2015 nuclear deal, known as the Joint Comprehensive Plan of Action (JCPOA). President Joe Biden has pledged to return the United States to the deal if Tehran meets its obligations under the multilateral accord.

"In any negotiation, the rights of the Iranian people must be upheld and the interests of our nation must be ensured,” Raisi told Macron, according to the Iranian president's office.

France and the JCPOA’s other signatories have held six rounds of talks aimed at reviving the deal, which offered sanctions relief in exchange for curbs on Iran’s nuclear program. The last round of talks wrapped on June 20, and Tehran hasn't said when — or if — it will return to the negotiating table.

But in his inauguration speech Thursday, Raisi signaled he would resume talks over the deal, saying Iran will “support any diplomatic initiative” that results in the lifting of sanctions.

According to the French president’s office, Macron on Monday "called on Iran to quickly resume negotiations in Vienna to reach a conclusion and to put an end, without delay, to all nuclear activities that violate the agreement.”

Iran has steadily violated its terms of the JCPOA since President Donald Trump abandoned the accord in 2018 and reimposed crippling economic sanctions. The UN’s atomic watchdog says Iran is now enriching uranium up to 63% purity, well beyond the deal’s limit of 3.67%.

US officials have said Iran’s potential breakout time to amass the amount of fissile material needed to build a nuclear weapon is down to just a few months. Iran insists its nuclear program is used for peaceful purposes only.

Per his office, Raisi also told Macron that Iran “is very serious about providing security and preserving deterrence in the Persian Gulf and Sea of Oman.”

Macron’s call with Raisi came amid growing tensions over two recent maritime attacks blamed on Iran. The United States says Iranian drones targeted an Israeli-linked ship in the Arabian Sea in late July, killing two crew members. France and the other Group of Seven countries on Friday condemned what they said was a “deliberate and targeted attack” by Iran.

The Biden administration also said it believes the Panama-flagged Asphalt Princess tanker in the Gulf of Oman was hijacked by a group of Iranians last week. Iran has denied involvement in either incident.