The United Kingdom Maritime Trade Operations said early Wednesday that the intruders had left the vessel, which is now safe. 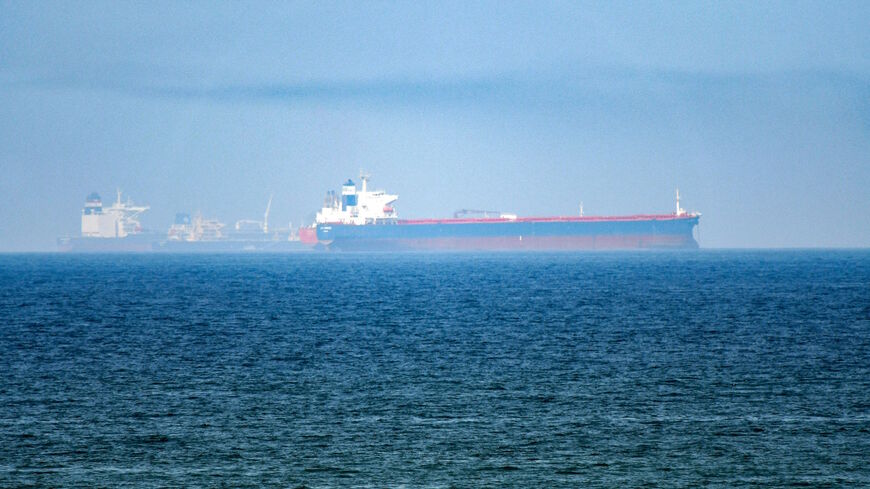 This picture taken on June 15, 2019, shows tanker ships in the waters of the Gulf of Oman off the coast of the eastern UAE emirate of Fujairah. - GIUSEPPE CACACE/AFP via Getty Images

The United States believes a group of Iranians boarded the Panama-flagged Asphalt Princess tanker off the coast of the United Arab Emirates on Tuesday, an apparent hijacking that occurred less than a week after Iran was blamed for a deadly drone attack on another ship.

"We can confirm that personnel have left the Panama-flagged Asphalt Princess, this commercial vessel that was seized yesterday. We believe that these personnel were Iranian, but we're not in a position to confirm this at this time,” State Department spokesman Ned Price told a press briefing on Wednesday.

On Tuesday, the British military's United Kingdom Maritime Trade Operations reported that a “potential hijack” was underway off the coast of the United Arab Emirates’ Fujairah region. The vessel was reportedly headed to the Strait of Hormuz, the strategic waterway through which nearly a fifth of the world's oil passes.

Oman’s Maritime Security Center said on Wednesday that it had received information about a “hijacking incident” in the Arabian Sea involving the Asphalt Princess and that the Omani navy had deployed several ships to help secure the area.

Reuters quoted three maritime security sources who said Iranian-backed forces had seized the tanker. In a radio recording obtained by Argus Media, a crew member is heard saying there were five or six armed Iranian intruders.

“Iranian people are onboard with ammunition,” the crew member says. “We are … now, drifting. We cannot tell you exact our ETA to Sohar,” referring to a port in Oman.

The Iranian Foreign Ministry called the hijacking reports “suspicious.” Abolfazl Shekarchi, Iran’s senior armed forces spokesperson, said the accusations against Iran were "a kind of psychological warfare and setting the stage for new bouts of adventurism.”

The apparent hijacking comes days after the United States blamed Iran for a suspected drone attack on an Israeli-linked oil tanker off the coast of Oman last week that killed two crew members, one British and one Romanian. On Monday Secretary of State Antony Blinken pledged a "collective response” in coordination with the United Kingdom, Israel and Romania.

The maritime incidents come amid heightened tensions between Tehran and the West over stalled efforts to revive the 2015 nuclear accord, which granted Iran sanctions relief in exchange for curbing its nuclear ambitions.