US Secretary of State Antony Blinken said the drone strike was the latest in a pattern of Iranian attacks and provocative behavior. 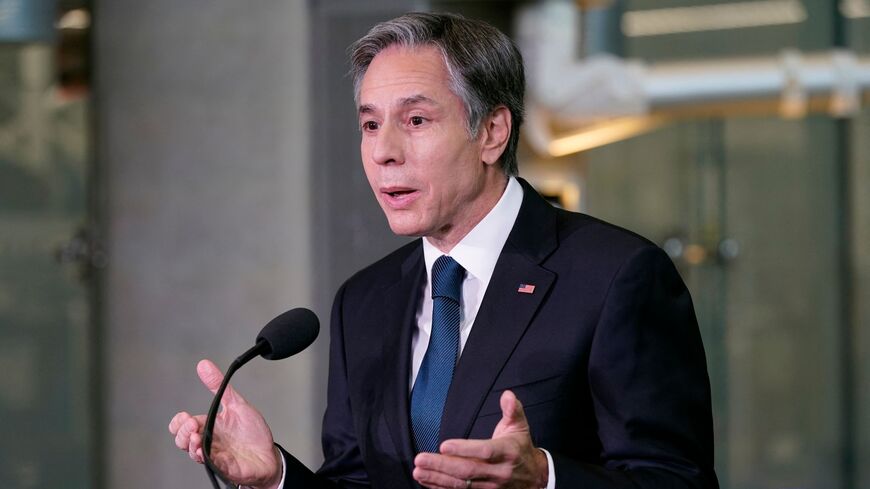 Secretary of State Antony Blinken speaks about infrastructure investment at the University of Maryland's A. James Clark School of Engineering, on Aug. 9, 2021, in College Park, Maryland. - PATRICK SEMANSKY/POOL/AFP via Getty Images

US Secretary of State Antony Blinken on Monday called on the United Nations to hold Iran accountable for a fatal drone strike last month in the Arabian Sea, warning that failure to do so would "fuel their sense of impunity."

“We are confident that Iran conducted this unjustified attack, which is part of a pattern of attacks and other provocative behavior,” Blinken said during a virtual UN Security Council session on maritime security.

Last week, the United States and the rest of the Group of Seven leading industrial nations said all evidence suggests that Iran was behind the drone strike on the Mercer Street tanker, which was en route to the United Arab Emirates from Tanzania when it came under attack July 29. Israel has also blamed its archrival Iran for the strike on the Liberian-flagged vessel, which is managed by a London-based company owned by Israeli billionaire Eyal Ofer.

A US military investigation concluded last week that Iranian-produced drones struck the Mercer Street. US Central Command said Friday that the components of the drones examined by US Navy explosive experts were “nearly identical” to previously recovered Iranian models. Chemical tests revealed a nitrate-based explosive was used in the attack, “indicating the [unmanned aerial vehicle] had been rigged to cause injury and destruction," CENTCOM said.

“It is on all of our nations to hold accountable those responsible. Failing to do so will only fuel their sense of impunity and embolden others inclined to disregard the maritime order,” Blinken told the 15-member body Monday.

Iran denies involvement in the strike off the coast of Oman, which killed the Romanian captain of the ship and a British security guard. The Mercer Street attack came days before suspected Iranian hijackers boarded the Panama-flagged Asphalt Princess off the coast of the UAE.

The United States had previously pledged to coordinate a “collective response” to the attack. Last week, British Foreign Secretary Dominic Raab said the United Kingdom, Romania and Liberia had written to the UN Security Council urging a response to Iran’s “destabilizing actions and lack of respect for international law.”

In his first phone call with a Western leader, Iran’s new hard-line President Ebrahim Raisi told French President Emmanuel Macron that Tehran is “is very serious about providing security and preserving deterrence in the Persian Gulf and Sea of Oman,” according to the Iranian readout of the call.