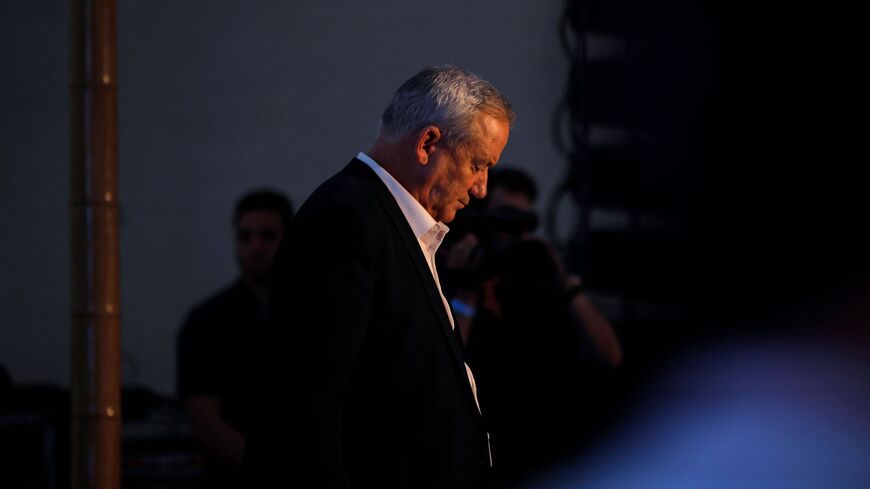 Israeli Defense Minister Benny Gantz takes part in a ceremony in the northern town of Metula by the Lebanon border, on July 4, 2021. - JALAA MAREY/AFP via Getty Images

Israeli Defense Minister Benny Gantz signaled that Israel could tolerate an American return to a nuclear deal with Iran, marking a departure from the rhetoric previously used by senior Israel officials to describe the multilateral accord.

“The current US approach of putting the Iran nuclear program back in a box, I’d accept that,” Gantz told Foreign Policy in an interview published Tuesday.

The “back in the box” language has been used by US officials to describe their efforts to salvage the Joint Comprehensive Plan of Action (JCPOA), the landmark nuclear deal abandoned by President Donald Trump in 2018. Under the multilateral pact, Iran agreed to limits on its nuclear activities in exchange for sanctions relief.

The Times of Israel quotes Gantz’ spokesperson as saying the minister does not support a US return to the landmark nuclear agreement but “rather maintains that Israel would accept some other longer, broader and stronger nuclear agreement.”

If Iran returns to compliance under the deal, President Joe Biden has pledged to reenter the multilateral pact as a starting point for follow-on negotiations to “tighten and lengthen Iran’s nuclear constraints” and address Iran’s missile program.

But efforts to strike a new deal have stalled since late June. Six rounds of talks between Iran and the other original parties to the deal failed to produce a breakthrough and Iran’s new government hasn’t said when or if it will return to Vienna for another round of negotiations.

If the multilateral talks in the Austrian capital fail, Gantz told the magazine that Israel would like to see a “viable US-led plan B” that includes economic pressure on Tehran. He also referenced Israel’s “plan C” for military action against Iran, which Israel considers an existential threat.

Israel’s leaders long opposed the JCPOA, which they say has brought the region closer to nuclear war. But unlike former Prime Minister Benjamin Netanyahu, who was a vocal critic of the deal, Prime Minister Naftali Bennett has taken a less combative approach. Bennett reportedly told Biden during his White House visit last month that he would not publicly campaign against the administration’s efforts to rejoin the deal, according to the Walla news site.

In response to Gantz’ comments to Foreign Policy, Netanyahu said the Bennett-led government is making a “dangerous mistake” and accused his rivals of supporting the JCPOA.

“Bennett, [Foreign Minister Yair] Lapid and Gantz are rushing into a dangerous nuclear deal that will allow Iran to develop a nuclear arsenal,” Netanyahu tweeted Wednesday.