Iran and Iraq again agree to connect their railway networks

Both countries pledged to build the Basra-Shalamcheh railway years ago but have yet to do so. 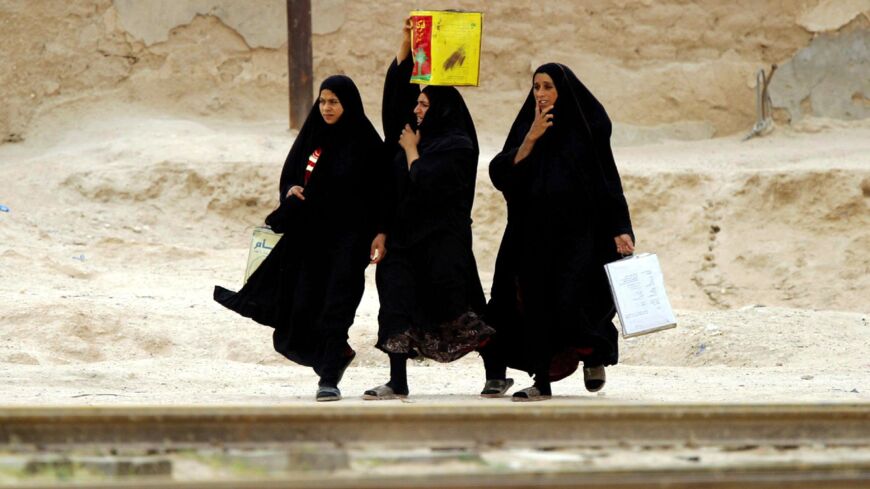 Women carry goods down train tracks in the village of Shaibah, near Basra in southern Iraq, April 10, 2003. - DAN CHUNG/AFP via Getty Images

Iran and Iraq agreed today to build a railway connecting both countries.

Iran’s Minister of Road and Urban Development Rostam Qasemi signed an agreement with his Iraqi counterparts for the “implementation” of the Basra-Shalamcheh railway. Islamic Republic of Iran Railways and Iraqi Republic Railways will establish a joint venture to complete the project within two months, the official Islamic Republic News Agency reported today.

The project would connect Basra in southern Iraq to Shalamcheh in western Iran. There are only around 30 kilometers (18 miles) between the two areas. The railway would be strategically important for Iran, linking the country to the Mediterranean Sea via Iraq and Syria’s railways.

This is not the first time Iraqi and Iranian officials have promised to build the railway. Islamic Republic of Iran Railways revealed details of a plan to connect Basra with Shalamcheh in 2018. Iraqi Prime Minister Mustafa al-Kadhimi and then-Iranian President Hassan Rouhani also pledged to move forward with the project last year.

Iraq’s Transportation Minister Hussein al-Shibli signed the agreement for the Iraqi side. The delegations also agreed to double the number of direct flights between their countries, according to the semi-official Tasnim News Agency.

Iran and Iraq have close political and economic relations.