Iran moving forward with railway link to Syria via Iraq

Iran is building a 20-mile stretch of railway that will connect railways throughout Iraq to neighboring Syria. 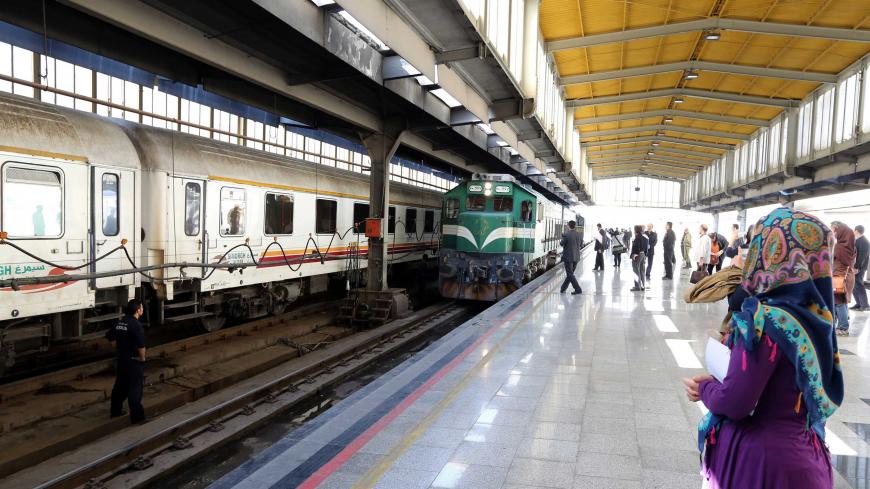 As the United States enacts sanctions on Iran, Iran is increasing its influence in Iraq with plans for a railway that could work around US restrictions.

The state-owned Islamic Republic of Iran Railways (RAI) revealed details Nov. 12 about its project to build a railway connecting Iran's Shalamcheh border crossing to the port of Basra in southeast Iraq.

Maziar Yazdani, RAI's deputy head of infrastructure and technical affairs, said the Shalamcheh-Basra leg of the project will require only 20 miles of new track at a cost of about $52,000. With the new addition, the rail system will span Iraq to reach Syria's Mediterranean port city of Latakia.

The idea has been kicked around for years, and in August, Iran and Syria expressed their willingness to build a railway connecting the two countries, along with Iraq, in an attempt to counter the Western sanctions on Iran and boost economic cooperation.

According to Iranian sources, the railway is part of Syria’s reconstruction deal, which grants Iran additional economic and trade privileges and the opportunity to contribute to the transportation sector, thus promoting religious tourism among Iran, Iraq and Syria. Syrian opposition parties, however, have rejected the railway, believing it will entrench Iranian influence and help provide the logistic services necessary for its presence in Iraq and Syria.

The Asia-Pacific Economic Cooperation has consented to the project, according to Iranian Deputy Minister of Roads and Urban Development Amir Amini.

The first high-speed rail line in Iraq, which connects Baghdad to Basra, began operating in 1967. Although war damaged the railway, Iraq resumed operations following the 2003 US invasion.

Amer al-Jabiri, media director of the Iraqi Ministry of Transport, told Al-Monitor, “Iraq is enthusiastic about any project that promotes cross-border transportation, which would promote its economy and make it easier for citizens to move from one country to another.” He noted, “The railway line connecting Iran, Syria and Iraq will ensure an outlet for Iraq via the Mediterranean ports and Iranian ports as well.”

Iran is motivated in part by the opportunity to establish ports on the Syrian coast. Israel, however, believes such ports will make it easier for Iran to transfer arms to Syria.

Back in April, Syrian Transport Minister Ali Hammoud stressed the importance of reactivating land transportation between Syria and Iraq. The ministry told Al-Monitor in an email, “The railway is part of a program to rebuild the country’s infrastructure, which the war has ruined, including some 1,800 kilometers [1,118 miles] of Syria’s railway, a large part of which stretches to neighboring countries.”

The ministry added, “The Syrian part of the project includes building 32 kilometers [20 miles] of railway, while Iraq will build the rest, which will stretch deep into Iraq to connect Baghdad to Karbala [in central Iraq] and Karbala to Syrian territory. This will facilitate the movement of individuals and goods between Iran, Iraq and Syria.”

The ministry denied rumors “that the railway will promote the Iranian influence toward the Mediterranean.”

"The railway is a part of a project linked with the Central Asian networks, which in turn are connected to the Chinese and Russian railways," the email continued, referring to Syria's role in the new Silk Road (China's Belt and Road Initiative).

Abdul Sattar Mohsen, media director for the state-run Iraqi Republic Railways Co., emphasized, “The railway connecting the three countries is part of the Transport Ministry’s strategies. Iraq’s political circumstances, however, were behind the delay. Following the damage the Islamic State caused, the ministry rehabilitated a railway [connecting Iraq] to Syria. This railway system, which connects Tikrit, Mosul, Fallujah in the northern and western parts of [Iraq], is 121 kilometers [75 miles] long. These lines are also connected to the southern parts of the country and to Syria.”

According to Iraqi Republic Railways Co., the Shalamcheh-Basra line is part of a regional railway network that includes the Musayyib-Karbala line. Future railway plans call for connecting Iraq not only to Iran but also Syria, Jordan and the Arabian Gulf via Kuwait.

Speaking to Al-Monitor, Salam Smeasim, an economist and adviser to the Iraqi Private Banks League, noted the railway project's political dimension, stemming from the US withdrawal from the nuclear deal with Iran and devaluation of Iran's currency. The project is expected to provide an economic and trade outlet toward Syria and help promote religious tourism. "This is true particularly since there are many religious sites, especially the Shiite shrines, in the three countries," she said. She also noted that US sanctions will hurt the project’s economic revenues.

The railway connecting the three countries — where wars and armed groups wreaked havoc and disrupted trade activities among them — will be impressive and productive as long as no political obstacles stand in its way. These potential challenges could arise from other countries, such as Israel, that consider Iran a peril approaching the Mediterranean coasts. Also, Syria and Iran on Aug. 29 made public a military deal to fortify the Syrian defense infrastructure, which the United States and its allies oppose.