The Gulf Cooperation Council also launched a political consultation mechanism with Egypt, according to Egyptian media. 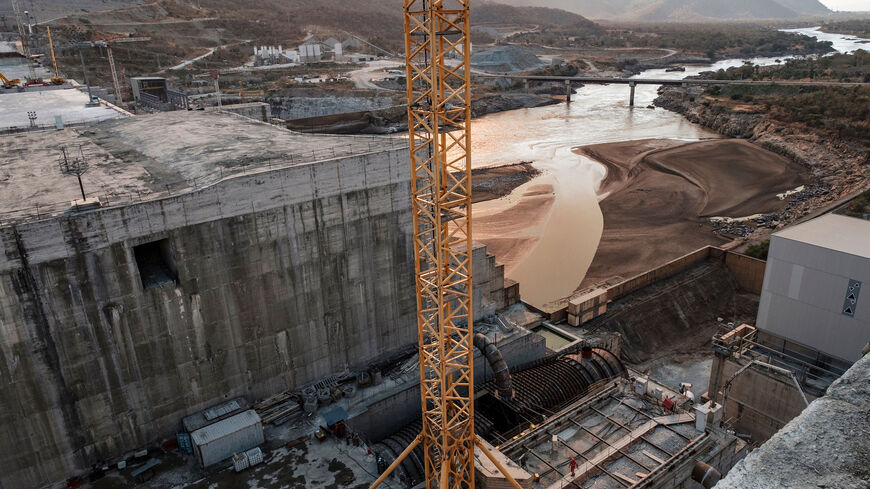 A general view of the Blue Nile river as it passes through the Grand Ethiopian Renaissance Dam (GERD), near Guba in Ethiopia, on December 26, 2019. - EDUARDO SOTERAS/AFP via Getty Images

The Gulf Cooperation Council (GCC) expressed support for Egypt on Sunday in its dispute with Ethiopia over the Nile river.

The GCC’s expression of support for Egypt on the GERD and the political mechanism were also reported by Arabic-language Egyptian media outlets.

The GCC’s official statement on the meeting with Shoukry did not mention the dam, but noted the “necessity of respecting the goodness of neighbors,” which may have been a reference to Ethiopia’s position on the Nile river vis-a-vis Sudan and Egypt.

Ethiopia built the massive GERD to provide power to its population of more than 100 million. The downstream states Egypt and Sudan have long maintained that Ethiopia unilaterally filling the dam will dangerously lower the river’s water levels in their territories. Ethiopia filled the dam this past summer and during summer 2020 during the rainy season in east Africa.

Efforts by the African Union and the United States to broker an agreement have been unsuccessful so far.

Tensions over the dam remain as high as ever. In November, Ethiopia announced it would soon finish construction of the GERD. The country is also preparing for the third filling next year.