Despite his declared intentions, Prime Minister Naftali Bennett seems to be using tension with the Biden administration on Iran to his advantage. 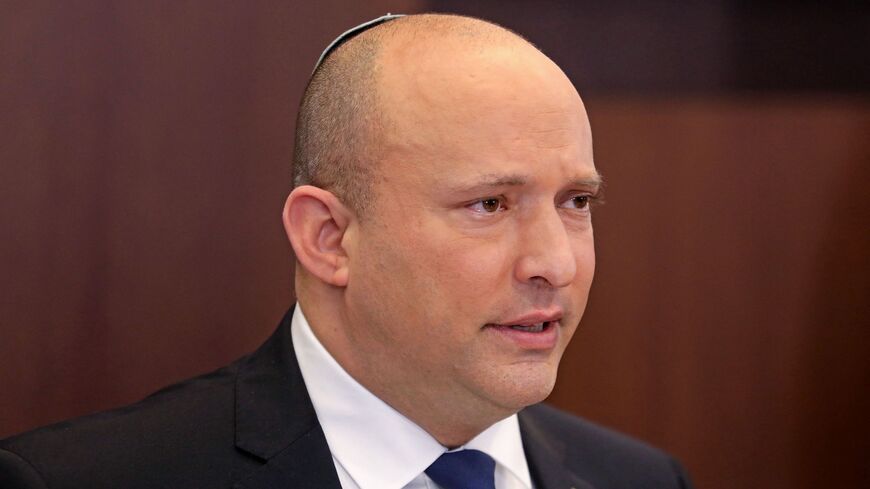 Former Prime Minister Ehud Barak closed a long and critical essay for Ynet with, “Bravado and empty rhetoric is not the way to proceed and will only make Israel weaker and minimize its ability to act in self-defense. We must all expect more from this ‘coalition of change.'”

Barak's Dec. 5 editorial regarding Israeli policy toward the Iranian nuclear threat was aimed mainly at Prime Minister Naftali Bennett. Barak criticized the conduct of government leaders on the Iranian issue in light of the failing and worrisome nuclear talks in Vienna and the tension he said the government is creating with the United States.

He wrote, “Israel must make the best of a bad situation, and there is an urgent need for strong cooperation with Washington to achieve common goals, such as preventing Iran from becoming a nuclear threshold state. This is no time for public disagreement and a mutual blame game that will be nothing more than an embarrassment, and enable no sober political position backed by military or other means.”

The essay infuriated Bennett and his associates. A source close to Bennett told Ynet, “There are former officials who need to give up the tendency to automatically assume the position of the American government and act as its spokespeople.”

The battle of egos between Barak and Bennett reveals a bit about Bennett’s strategy toward the United States and the Iranian issue, in a way that very much recalls his predecessor in the office, Benjamin Netanyahu. Despite Bennett’s promises to turn over a new leaf in relations between the nations on the eve of his visit to the White House at the end of August and the warm reception he received there, he seems to be changing his stance.

Before the media quarrel between Barak and Bennett, the two met and talked several times as Bennett started the job. Barak generously gave credit to the new government as a lifesaver for the State of Israel in that it brought an end to Netanyahu’s long term. But in recent weeks, especially this past week, something has changed.

Bennett has amplified his rhetoric on the Iranian issue and at the same time used President Isaac Herzog and Mossad chief David Barnea to send public messages that if Israel is forced to, it will take action on its own to ensure that Iran doesn’t have nuclear weapons.

At a Dec. 2 Mossad ceremony, Barnea declared that Iran won’t have nuclear weapons. “Not in the coming years, not ever. That is my promise; that is Mossad’s promise.” Bennett, who was present at the ceremony, said that he “wants to say, in the name of the government of Israel and in my name, I trust you completely with the big tasks ahead of you. I know you will accomplish them.”

Later the same day, there was a tense phone call between Bennett and US Secretary of State Antony Blinken that included updates on the nuclear talks in Vienna. According to a statement issued by his office, the premier told Blinken Iran was "carrying out nuclear blackmail as a negotiation tactic and that this must be met with an immediate cessation of negotiations and by concrete steps taken by the major powers." The conversation, defined by Bennett’s associates as long and not easy, was reportedly almost entirely about Iran. Bennett expressed his opposition to the removal of sanctions on Iran and to the possibility of a partial agreement.

Since Bennett entered the prime minister’s office half a year ago, he has prided himself in leading the rehabilitation of relations with the United States, mocked Netanyahu’s nuclear policy, which he has called empty rhetoric, and even argued that Netanyahu’s policy caused the Iranians to make great advances toward the bomb.

However, in more recent weeks Bennett seems to be continuing Netanyahu’s path, even on the road toward conflict with the United States. He is bombarding Washington with emissaries such as Herzog and Barnea, who are asked to conduct media diplomacy with a message familiar from Netanyahu’s era. At the same time, the IDF has reportedly begun to prepare for an attack on Iran's nuclear facilities. It's all creating a sense of déjà vu from 2012, during Netanyahu’s second term as prime minister.

Netanyahu was often accused of burnishing his credentials on the right by means of the conflict with the Obama administration. And here Bennett has embraced a similar tactic: Making the nuclear threat a central topic on the Israeli political agenda has an effect on public opinion. Even though it may not help Bennett regain his support on the right, he’s continuing Netanyahu’s policies on many issues. This is true regarding alleged Israeli attacks on Syria, which according to the foreign reports are continuing. It's also the case with efforts to maintain warm relations with Russian President Vladimir Putin as well as the fight against the coronavirus.

During the fourth COVID wave that hit the new government just as it entered office, Bennett's policy differed from Netanyahu’s. He refrained from imposing restrictions and even hesitated to push vaccines at first, claiming that it’s unclear if they’re still effective. He was criticized for accepting deaths (about 1,500 Israelis died in the fourth wave), but remained firm in his opinion that the economy should stay open. In the end the wave waned, and Bennett boasted that he restrained COVID without overreaching like Netanyahu.

But something also happened again last week: Bennett apparently panicked after hearing a report from the Health Ministry on the omicron variant penetrating Israel. He called a dramatic press conference just like the ones Netanyahu used to hold. For the first time during his term, he announced restrictions, brought back the Shin Bet’s phone tracking and recommended that Israelis not fly abroad. Many Israelis had already purchased flight tickets and hoped to spend Hanukah vacation abroad. Some listened to the prime minister and canceled their trips.

A few days later, when the omircon panic diminished, it seemed like Bennett had rushed into emergency mode. In the meantime, it turned out that his wife Gilat and four children flew abroad for a vacation despite his own recommendation. The incident caused enormous damage to Bennett's image — and once again, it was hard not to compare him to his predecessor.