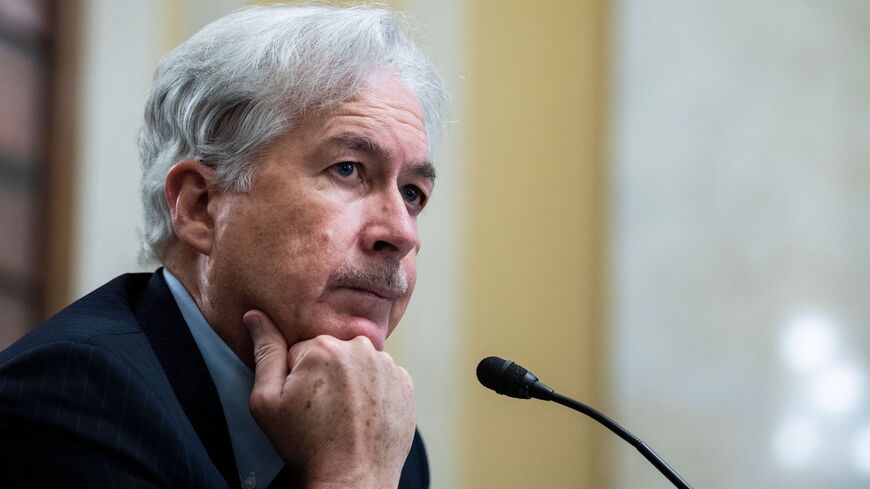 CIA Director William Burns and Israeli Prime Naftali Bennett met in Tel Aviv on Wednesday to discuss Iran amid increased tensions over the faltering nuclear deal talks and a series of maritime incidents blamed on the Islamic Republic.

“They discussed the situation in the Middle East, with emphasis on Iran, and possibilities for expanding and deepening regional cooperation,” Bennett’s office said in a statement.

Burns’ three-day visit comes as the Biden administration is working to revive the landmark nuclear deal that President Donald Trump abandoned in 2018. Israel opposes the Joint Comprehensive Plan of Action, which offered Iran sanctions relief in exchange for curbs on its nuclear program. Since the United States withdrew from the deal, Iran has enriched uranium beyond what's allowed under the JCPOA. Last week, Israeli Defense Minister Benny Gantz warned Iran was potentially 10 weeks away from acquiring the amount of enriched uranium needed to build a nuclear bomb.

Talks aimed at salvaging the deal stalled in late June and Washington has repeatedly urged Tehran to return to the negotiating table in Vienna. The arrival of Iran’s hard-line new president, Ebrahim Raisi, is expected to complicate future negotiations over the nuclear deal.

Mossad’s Barnea reportedly gave his American counterpart a dossier on Tuesday that described Raisi “as someone with mental disturbances” who should not be trusted to stick to a nuclear agreement, according to Israel’s Channel 12.

Burns' meeting with Bennett follows the fatal drone strike on an Israeli-linked vessel off the coast of Oman that both the United States and Israel have blamed on Tehran. The US military’s forensic investigation concluded last week that Iranian-produced drones were used in the attack on the Japanese-owned MT Mercer Street.

On Monday, US Secretary of State Antony Blinken called on the UN Security Council to hold Iran accountable for last month's strike, which left two crew members from Romania and the United Kingdom dead. Gantz has threatened a military response.

The Iranian government has denied any involvement in the Mercer Street attack. During his first call with French President Emmanuel Macron, Raisi said on Monday Iran is serious about providing maritime security and preserving deterrence.