Foreign missions continue their survey and excavation operations in the central and southern regions of Iraq, while also training native Iraqis in the latest standards of professional archaeology. 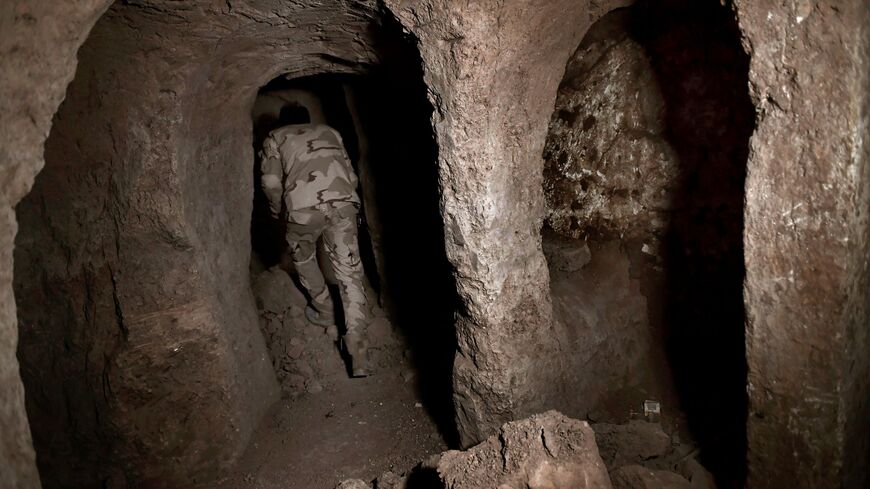 Archaeological excavation missions in cooperation with local teams continue their work in Iraq, most notably the Tello site in Dhi Qar province (south), and the historic city of Charax in Basra (south). These missions have made astonishing discoveries dating back to about 2,000 years BC.

The director of the Iraqi State Board of Antiquities and Heritage, Laith Majid Hussein, told Al-Monitor, “A British Museum excavation mission discovered a mud mosque dating back to the Umayyad period 1,400 years ago, while the Russian mission continues its work in the Al-Duhaila area in Dhi Qar, and the German mission in Uruk. The Louvre Museum team is carrying out maintenance and rehabilitation works at the Mosul Museum.”

The European crews are training local teams, Hussein said, which will "lead to a generation of well experienced and professional excavators. Iraq has local excavation teams that are now working in the Nahrawan area on the outskirts of Baghdad, and in the province of Najaf.”

He also noted that there are promising plans to transform the areas into tourism and entertainment projects.

The director-general of inquiries and excavations, Ali Shalgham, spoke to Al-Monitor about the most important findings. “The missions have uncovered the temple of King Gudea, the most famous Sumerian king of the Lagash dynasty, in Tello in Dhi Qar province,” he said.

Kung Gudea was a Sumerian king who ruled southern Mesopotamia (2124-2144 BC). He built the temple of Ningirsu, the patron god of his city, Lagash.

Also, Shalgham said, the French mission operating in the city of Larsa at Tell es-Senkereh discovered the palace of King Sin Ednam (1850-1844 BC) that dates back to the ancient Babylonian era, containing ten rooms and other administrative annexes.

The director of the Dhi Qar Museum, Amer Abdul-Razzaq, said,  “Six missions from Britain, France and Italy are working in the Sumerian city of Girsu, including about 22 British experts. The excavation teams have uncovered a residential area dating back to the Early Dynastic period,” including the temple of the god of war Ningirsu.

The most important achievement of this season, he told Al-Monitor, is the maintenance and restoration of the oldest bridge in the world, in the city of Girsu. The restoration of the 4,000-year-old bridge will be done under a five-year contract with the British mission to rid the structure of salt and groundwater and establish a special sewage system.

"British and German excavation teams, with the participation of Iraqi teams, were able to find the site of the ancient city of Charax, which was built by Alexander the Macedonian using radar surveys," Qahtan al-Abeed, the director of antiquities and heritage in Basra, told Al-Monitor. "Charax is the largest city built by Alexander."

Junaid Amer Hameed, a writer and archaeological researcher for the Iraq National Museum, told Al-Monitor that this season was full of new discoveries, including 73 pieces from Tulul Al-Baqarat. In northern Iraq, he said, "the French team in Mosul continues the maintenance works of the mural of the Church of Mar Korkis and as well as in the city of Assyria, which includes the royal cemetery, the Parthian palace and Walter Andre's palace.”

He continued, “The French excavation mission also discovered one of the gates of the city of Larsa. In the Kirkuk Citadel, the archaeological authority is working in cooperation with the Turkish organization TIKA to ensure the  maintenance of the tomb of the Prophet Daniel."

While the archaeological excavations made huge strides in central and southern Iraq, the important achievement remains the participation of Iraqi cadres in the excavations and their training. That work "will enable Iraqis to excavate for themselves the thousands of sites buried under the sand," Ammar Hamid Mahdi, an Iraqi writer interested in archaeological affairs, told Al-Monitor.

The trained Iraqi excavator, Karrar Al-Rawazeq, told Al-Monitor that the British Museum trainees at the Girsu site have contributed to the discovery of about 300 artifacts, as part of “creating a generation of professional archaeologists."

Iraq is home to a huge number of archaeological sites, which contain numerous treasures, many of which were smuggled out of the country. A systematic plan is needed to excavate and protect antiquities from extreme climate conditions, pollution and smugglers.