For the third year in a row, a Palestinian team under French supervision works on the restoration of St. Hilarion Monastery in Gaza's Nuseirat refugee camp. 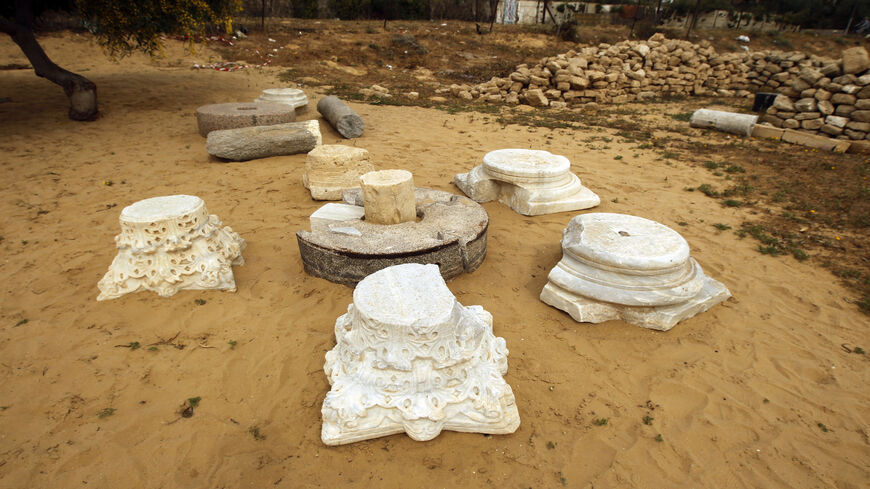 Capitals (L) and two plinths (R) are seen in the sand at the archaeological site of the St. Hilarion Monastery, in Tell Umm al-Amr, central Gaza Strip, March 19, 2013. - Mohammed Abed/AFP via Getty Images

GAZA CITY, Gaza Strip — On a school trip in 2010, Naama al-Sawarka visited the St. Hilarion Monastery, which dates back to 329 and is located in the Nuseirat refugee camp in central Gaza.

The site was abandoned and the other students did not like the place, but Sawarka said she loved it immensely. “I left part of my heart there,” she told Al-Monitor.

As soon as she finished high school Sawarka searched for a major that would allow her to work in archaeology. She opted for history and archaeology at the Islamic University of Gaza — a choice that earned her criticism from her community because this major is seen as more suitable for men.

“I am a Bedouin girl, and my society believes it is unacceptable to work in a mixed place and handling hammers and stones is just for men,” she said.

After she graduated from university, Sawarka landed a job as a tourist guide at St. Hilarion Monastery, also known as Tell Umm al-Amr. She also worked in restoration and helped restore the monastery’s mosaic floors and reinforce its walls, as part of a project run by Premiere Urgence Internationale, a French nonprofit organization overseeing the restoration of the site with the support of the British Council.

Sawarka said she had a wonderful time during the archaeological excavations. “We used to work with great enthusiasm. At one point we came across a wall, but we kept on digging and we found a crucifix that dates back 1,800 years. It was an amazing year,” she added.

Since 2018, a Palestinian team under French supervision has been working on the restoration works in the monastery. The team includes a group of university graduates in architecture, archaeology, history and other majors, who have been given temporary job opportunities within a project dubbed, “Economic recovery through decent work in the Gaza Strip — money for work.”

Jamal Abu Rida, director of the General Department of Antiquities and Cultural Heritage in the Palestinian Ministry of Tourism and Antiquities, told Al-Monitor the archaeological excavations have revealed that the monastery is one of the largest in Palestine in terms of area and design, and that it was mentioned in ancient texts.

He said that since 2018, the monastery has been undergoing restoration, maintenance and excavation works as part of a project by the International Relief Organization, to preserve the cultural and civilizational heritage of the Palestinian people, both Christian and Muslim.

“Work has been ongoing at the site for three years. We are using local experts and crews, and we are doing everything we can to restore the monastery to its original condition,” he said.

In 2020, Iman al-Amsi, a graduate from the Department of History and Archaeology at the Islamic University of Gaza, also joined the restoration work at the monastery.

“I was part of the team working on the archaeological discovery in the chapel. I had so many questions. I waited impatiently for Ronnie Ultra, a French archaeologist, to ask him about all the information to unravel the secrets of these civilizations,” Amsi told Al-Monitor.

She explained that she gained great experience in how to distinguish between different types of pottery, how to strengthen and support the monastery walls, and preserve the mosaic floor.

“I now have experience in archaeological excavation and how deep we should dig to find out how old a civilization is,” she added.

Saja Abu Mashaikh was as eager as Amsi for the French archaeologist’s reaction when she and her colleagues wanted to show him the ancient pen they discovered as they were digging at the site.

“His eyes were shining when we showed him the pen we unearthed,” Abu Mashaikh told Al-Monitor.

She is a graduate of architecture from the Gaza Training Community College and was thrilled to land a job in archaeology at the monastery where she learned how to apply the theories she had learned, mainly in restoring pottery pieces, bricks and bones.

“Whenever I unearthed old coins, I couldn’t wait to show them to the foreign experts so they could give me more information on the discovery,” Abu Mashaikh said.

Mohammed Abdel Jawad, the monastery supervisor, said a lot has been achieved after three years of joint work between Premiere Urgence Internationale and the Gaza Ministry of Tourism and Antiquities.

He said that a large part of the church has been restored, with 80% of the oldest mosaic floors being reconstructed, and collapsing walls fortified.

“An outer wall was built to protect the entire site, as well as an administrative building to preserve the discovered relics, in addition to a wooden walkway for visitors to walk safely through the site,” Abdel Jawad said.

“The technical staff has made great progress in restoring stones and mosaics. After training graduates from different majors, the most skilled are chosen to participate in the restoration works,” he said.

Abdel Jawad added, “We have recently found bodies that we have not been able to date. We placed them on the ground in an insulating material to preserve them until we get more information.”

He explained that the team encountered various obstacles in the work process, as Israel banned several experts from entering the Gaza Strip for a year, which affected the work. In addition to many materials and equipment not being available in the Gaza Strip. “We were able to secure some materials through the crossings and built alternative ones by hand in Gaza,” he concluded. 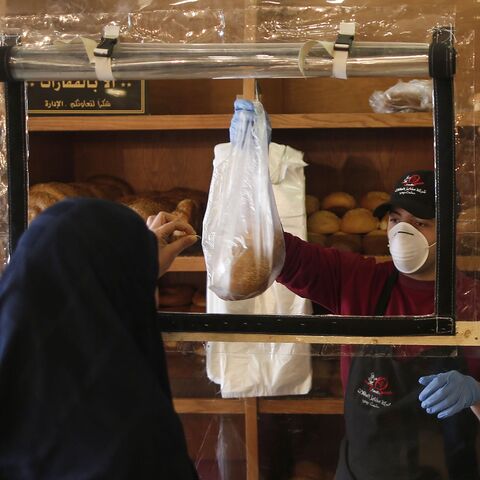 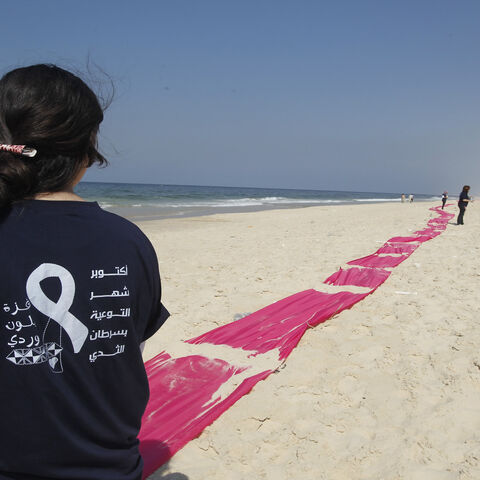 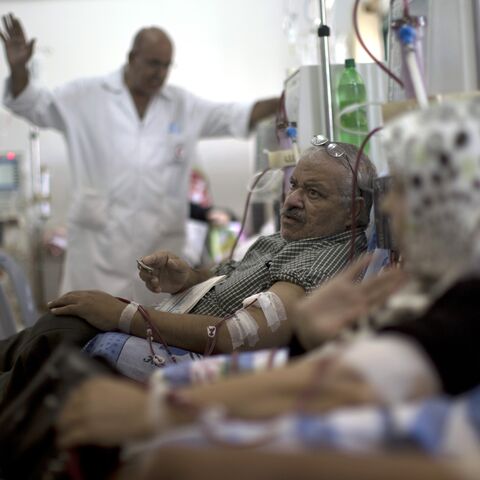