World leaders gathered in Paris on Friday for a high-level conference aimed at ensuring Libya's elections go ahead as planned. 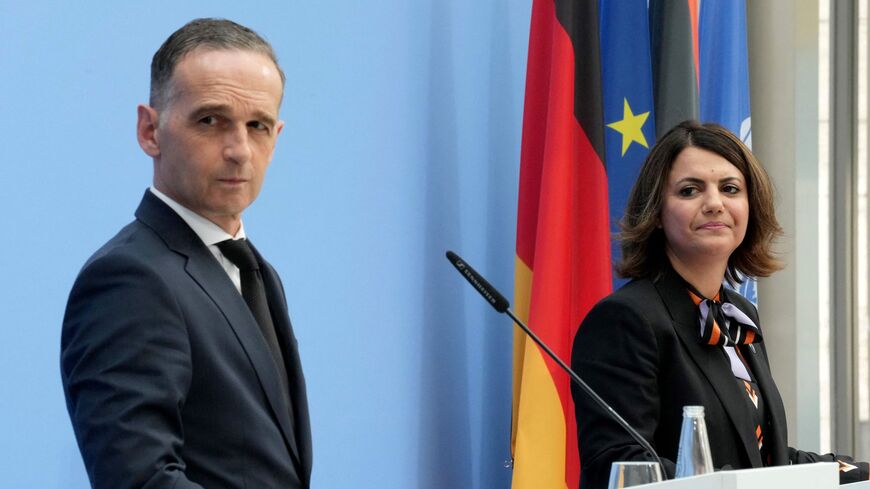 Major world powers could pursue sanctions against those who undermine Libya’s upcoming elections, a group of more than two dozen leaders announced Friday at a high-level summit in Paris.

Libya is gearing up for national elections meant to bring stability to the North African country after six years of civil war and a NATO-backed uprising that toppled longtime dictator Muammar Gaddafi.

On Friday, French President Emmanuel Macron hosted leaders including US Vice President Kamala Harris and German Chancellor Angela Merkel for meetings focused on keeping Libya’s planned elections on track. The world powers said they supported a Libyan elections process starting on Dec. 25, but refrained from demanding that both parliamentary and presidential elections be held that same day.

An October cease-fire brokered by the UN Mission in Libya paused the fighting between the internationally recognized Government of National Accord and renegade general Khalifa Hifter’s Libyan National Army. An interim prime minister and a three-member presidential council were elected in February to prepare the country for nationwide elections.

But human rights groups have cast doubt on whether war-torn Libya can hold inclusive elections free of coercion and intimidation. Human Rights Watch on Thursday warned that “free and fair elections will hardly be possible without rule of law, justice, and accountability that are currently sorely lacking.”

The Paris communique on Friday said “individuals or entities, inside or outside of Libya, who might attempt to obstruct, undermine, manipulate or falsify the electoral process and the political transition" would risk sanctions.

In a video message to the international conference on Friday, UN Secretary-General Antonio Guterres urged Libyan officials to put the nation’s well-being ahead of their own interests.

"Any party that deliberately undermines or sabotages peace must be held accountable,” he said.