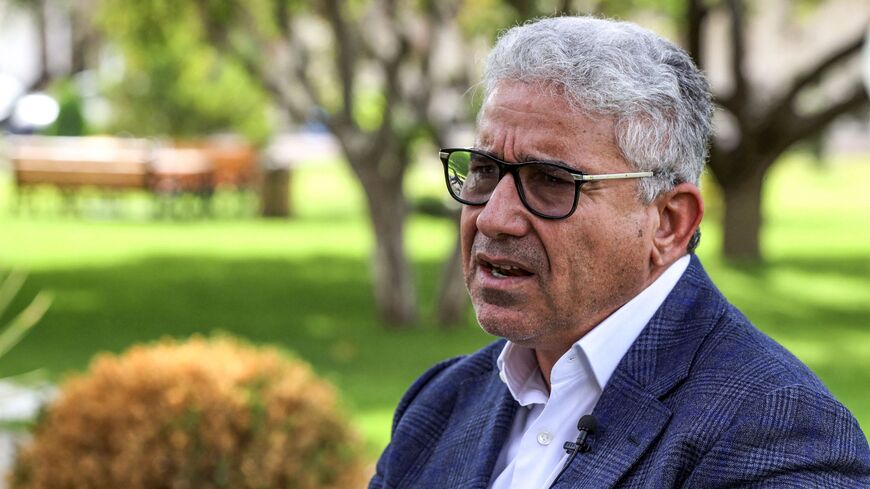 Fathi Bashagha, Libya's former interior minister, speaks during an interview with AFP in the capital Tripoli on Oct. 6, 2021. - MAHMUD TURKIA/AFP via Getty Images

Bashagha had served as interior minister since 2018 in the Tripoli-based, internationally recognized Government of National Accord, whose militias fought the Libyan National Army for control of the oil-rich country before a UN-supported cease-fire halted the conflict in October 2020. The current interim unity government, known as the Government of National Unity, consists of a prime minister and three-member presidential council and took power in March following UN-led talks in Geneva.

“Libya will not go back to pre-2011. We will build a new Libya,” Bashagha told reporters, referencing the NATO-backed uprising that toppled longtime dictator Moammar Gadhafi a decade ago.

“Libya will turn from a rentier state into a free-market economy,” he added, according to the Associated Press. “We will be embracing reform, reconciliation and the reconstruction.”

Bashagha, a former fighter pilot and businessman, survived an assassination attempt in February after his motorcade reportedly came under fire as it drove through Tripoli. That same month, he was a favorite to win the contest for prime minister of the UN-backed interim government, but narrowly lost his bid to Misrata-based businessman Abdulhamid al-Dbeibah.

There is mounting uncertainty over whether the elections will proceed as planned. With just weeks to go, Libya’s rival entities have yet to agree on a constitutional and legal basis for the presidential and parliamentary polls, which were originally both scheduled for Dec. 24.

Human rights groups have also questioned whether war-torn Libya can hold inclusive elections free of coercion and intimidation. Last week, the UN secretary-general, the United States and other world powers threatened sanctions on anyone who obstructs the vote.