Seventy-five representatives of different regions in Libya will cast their votes this week for an interim prime minister and a three-member presidential council. 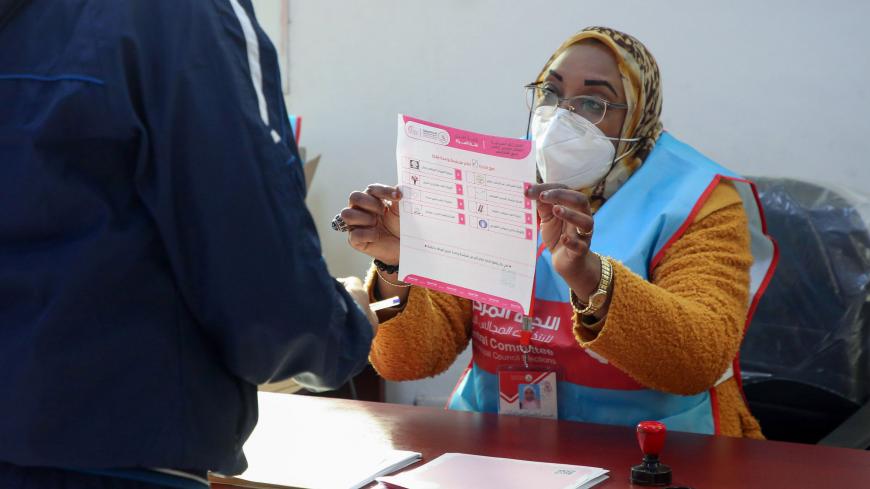 Libyans cast their ballots during the second round of municipal elections at a voting center in the Andalus neighborhood of the capital Tripoli, on Jan. 7, 2021. - MAHMUD TURKIA/AFP via Getty Images

Dozens of representatives from Libya’s rival parties will cast their votes this week for a temporary executive government to prepare the war-torn country for general elections later this year.

The voting comes as part of a renewed push to reach a political solution after six years of civil war. The country’s warring sides — the Government of National Accord (GNA) and the Libyan National Army (LNA) — signed a cease-fire agreement in October last year and agreed to hold nationwide elections.

Seventy-five Libyan delegates are gathering Feb. 1-5 in the Swiss city of Geneva to choose from a list of names approved by the UN Mission in Libya. Twenty-four candidates are vying for seats on the three-member presidential council and 21 candidates are running for interim prime minister. The newly elected Libyan leaders will stay on until general elections are held on Dec. 24.

Libya’s Interior Minister Fathi Bashaga is the frontrunner for prime minister and candidates for the presidential council include Aguila Saleh, the speaker of the eastern-based parliament, and Khaled al-Meshri, who heads the Tripoli-based legislative assembly.

“This project is not about power-sharing or dividing the cake, said Stephanie Williams, the outgoing acting UN special envoy for Libya. “Rather, it is to form a temporary government composed of patriots who agree to shoulder and share the responsibility to put Libyan sovereignty and the security, prosperity and welfare of the Libyan people above narrow interests and far from the specter of foreign interference,” she said.

Libya’s years-long conflict has become a proxy war, with renegade commander Khalifa Hifter’s LNA running much of the eastern part of the country with support from the United Arab Emirates, Egypt and Russia. The Tripoli-based and UN-recognized GNA enjoys the backing of Turkey and Qatar.

The GNA and LNA agreed to a permanent cease-fire during UN-mediated talks in October, giving the rival factions until late last month to expel their foreign fighters and mercenaries from Libyan territory. The deadline passed without any troop withdrawals.

During a UN Security Council briefing on Libya last week, acting head of the US mission to the UN Richard Mills accused outside powers of undermining the fragile truce.

"The external actors who have militarily intervened in this conflict have wholly, completely ignored Libyan demands,” said Mills.