The Government of National Accord and Libyan National Army agreed to the truce during UN-sponsored talks in Geneva. 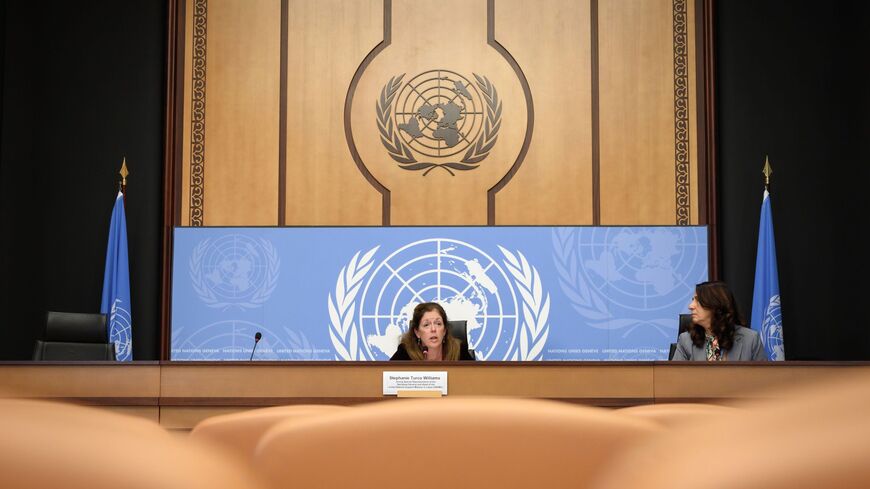 Deputy special representative of the UN secretary-general for political affairs in Libya Stephanie Williams speaks during a press conference on talks between the rival factions in the Libya conflict on Oct. 21, 2020, at the UN offices in Geneva. - FABRICE COFFRINI/AFP via Getty Images

Libya’s two main rival factions agreed to a permanent cease-fire on Friday in what the United Nations described as a historic turning point in the county’s six-year-long civil war.

Military representatives from the internationally recognized Government of National Accord (GNA) and Gen. Khalifa Hifter’s self-styled Libyan National Army (LNA) signed the cease-fire during UN-mediated talks in Geneva. The truce, which takes effect immediately, calls for foreign fighters and mercenaries to leave Libyan territory — air, land and sea — within the next three months, the UN mission in Libya said.

“It is my most fervent hope that today’s agreement will be celebrated by future generations of Libyans as representing that first, crucial, brave step towards a comprehensive settlement of the long Libyan crisis,” acting UN Libya envoy Stephanie Williams said at the signing ceremony.

The North African country descended into chaos amid a 2011 uprising that overthrew and killed longtime dictator Moammar al-Gadhafi. The country is now ruled by two administrations whose rivalry has become a full-blown proxy war.

Despite a UN arms embargo, their foreign backers have flooded Libya with illegal weapons and mercenaries. Hifter’s forces control much of the eastern part of the country with support from the United Arab Emirates, Egypt and Russia, and the Tripoli-based government enjoys the backing of Turkey and Qatar.

Since the GNA quashed Hifter’s year-long offensive on the capital Tripoli in June, negotiators have sought to avoid a military escalation in the strategic city of Sirte, which Hifter’s forces have occupied since January.

Future talks will determine the cease-fire’s implementation, and Williams acknowledged there is still “a lot of work in the coming days and weeks.”

On Friday, the GNA’s main backer, Turkey, cast doubt on the cease-fire’s durability. President Recep Tayyip Erdogan told reporters the pact seemed to "lack credibility" and that "time will tell."