The two warring sides met in Egypt for the latest round of talks aimed at ending the long-running civil war. 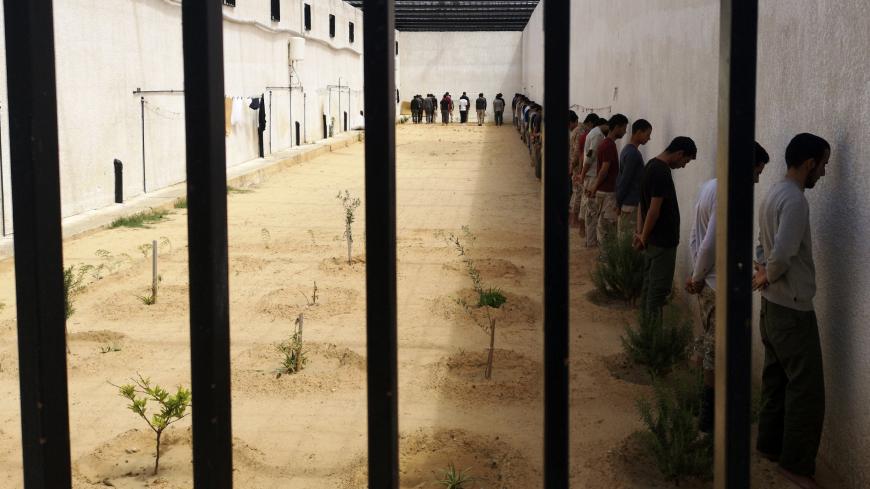 A picture taken on April 11, 2019, shows fighters loyal to military commander Khalifa Hifter imprisoned by forces from the UN-backed Government of National Accord (GNA) in Tripoli's suburb of Ain Zara. - IMED LAMLOUM/AFP via Getty Images

Negotiations between Libya’s warring factions have ended with a recommendation to release military prisoners by the end of October and resume high-level talks next week.

Delegations representing the UN-backed Government of National Accord (GNA) and Khalifa Hifter’s self-styled Libyan National Army (LNA) convened in the Egyptian Red Sea city of Hurghada for two days of talks aimed at bringing an end to the oil-rich country’s six-year-long civil war.

In a statement, the UN Support Mission in Libya (UNSMIL) said the talks "addressed a number of pressing security and military issues" and were “marked by a spirit of responsibility, transparency and mutual trust.”

According to UNSMIL, the delegations have recommended the immediate release of “all those detained on account of their identity and without pre-conditions or restrictions” before the end of October. The LNA and GNA representatives also agreed to prioritize the reopening of air traffic and land transportation lines as well as the resumption of regular oil and gas production in the upcoming talks.

In January, forces linked to Hifter shut down several major oil ports and fields, accusing the government of using oil sales to pay for foreign mercenaries. On Sept. 18, the renegade commander announced the blockade would be lifted, but the state-owned National Oil Corporation said it won’t resume production in oil fields where fighters remain.

Libya’s conflict has become a full-blown proxy war as foreign backers have flooded the country with illegal arms and mercenaries. Hifter controls much of the eastern part of the country with backing from the United Arab Emirates, Egypt and Russia, and the Tripoli-based government is supported militarily by Turkey and Qatar.

The negotiations in Egypt come ahead of a looming battle for the strategic city of Sirte, which Hifter’s forces seized in January. The fighting has slowed since the GNA, with Turkish air support, regained full control of the capital from Hifter’s forces in June.

The United Nations has urged the rival parties to abide by the UN arms embargo and pull their proxy fighters from Libya. A UN Security Council resolution adopted earlier this month called on the countries “to commit without delay to a lasting cease-fire and political dialogue.”