Israel's leadership has ramped up diplomatic efforts to convince world powers to keep the sanctions on Iran in place and not give an inch during the renewed talks. 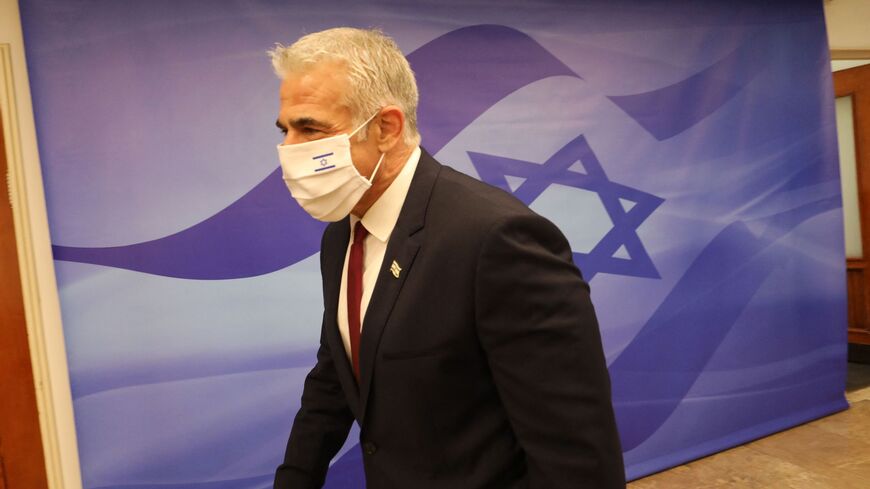 As negotiators gathered in Vienna for talks with Iran on its nuclear program Nov. 29, Israeli Prime Minister Naftali Bennett addressed them in a tough-talking video, urging them not to give in to Iranian “nuclear blackmail” and not to reward Tehran's brutality, reminding his listeners that Iran has often vowed to destroy Israel. Finance Minister Avigdor Liberman, Foreign Minister Yair Lapid (in London) and President Isaac Herzog in his largely ceremonial role also spoke from the same page of talking points. All declared that Israel reserves the right to defend itself and called on world powers to rein in and block Iran rather than surrender to its “blackmail.”

As talks got underway in Vienna, it was yet another day in Israel’s Sisyphean attempts to convince the world that Iran cannot and must not be trusted. Its labors have borne few fruit. Israeli envoys recently presented intelligence to the heads of the P5+1 (the United States, United Kingdom, France, China, Russia and Germany) who are negotiating with Iran that Iran is already making technical preparations for uranium enrichment to the military-grade 90% level.

According to Israeli assessments, the Iranians are taking this approach to ramp up pressure on the powers during this potentially crucial round of talks From Israel’s standpoint, an agreement by the West to lift economic sanctions before fully exploring what Iran is willing to give in return would be disastrous. According to pessimistic Israeli forecasts, such an agreement could be reached in Vienna and Israel is preparing to address it.

Seeing where the wind was blowing, Israel recently altered its demands, proposing a Churchiliean doctrine of blood, sweat and tears. If the Vienna talks fail to yield an agreement with Iran, the United States and the rest of the West must impose even tougher sanctions, monitor all of Iran’s violations, take Iran to the UN Security Council, continue clandestine operations to undermine the program and hope that Iran gives in and agrees to a better, longer-term deal, as the Americans demanded some six months ago. A senior Israeli military source told Al-Monitor on condition of anonymity that the most important next move will be to “finally place on the table a concrete, realistic military option, one that will scare the Iranians and move them to real action. Only such an option will make the difference.”

Israel constantly reminds the world of the only time Iran blinked in the face of Western pressure and suspended a military program to manufacture missiles capable of delivering nuclear warheads. “It was in 2003, the minute the Americans invaded Iraq and the Iranians realized that the US was serious,” a senior Israeli diplomatic source told Al-Monitor on condition of anonymity. “No one is asking anyone to invade anywhere; those days are gone,” the source added. “But it is important to remember that the only thing that defeats Iran in negotiations is fear of the use of force. Unfortunately, they are convinced these days that America is weak, the other powers are not on board and they can do whatever they want.”

Nonetheless, a senior Israeli defense source told Al-Monitor on condition of anonymity that the Iranian regime is “on a precipice," explaining, "The economic situation is deteriorating, there is a real water shortage and real protests on the streets and they will not be able to hold out much longer. The powers must not back down in this war of nerves. Iran is the weak side, not the strong one, it is time to treat it as such.”

Israel’s arguments have so far fallen on deaf ears. A senior Israeli diplomatic source told Al-Monitor on condition of anonymity, “Iran arrived in Vienna well prepared, highly focused, with a new prime minister interested in one thing and one thing only: the sanctions … while the other side is disorganized, unfocused, disunited in its goals.” Nonetheless, Israel has identified a US shift toward a more hawkish approach, though no one in Jerusalem holds out high hopes for its success.

“The most embarrassing thing for us,” the source conceded, “is being told by our interlocutors more or less the same thing when we lay out the threat Iran currently poses. They say, ‘What do you want from us? You were the ones who convinced [former President Donald] Trump to exit the nuclear agreement — it was [former Prime Minister Benjamin] Netanyahu. The Iranians started violating the agreement after the US left. This is the only reason we are where we are these days.’” The Israelis suggest moving forward rather than looking back and argue that the negotiations are only giving Iran more time to nuclearize.

Several Israeli analysts believe no agreement will be reached in the current Vienna round and another one will be scheduled. Jerusalem calls this state of affairs treading water and regards it as the most dangerous scenario of all, allowing the Iranians to continue their enrichment while the talks drag on. A minority among the analysts, some of them in Bennett’s circle, believe the sides are ripe to sign an agreement during this round of negotiations, within a week to 10 days. Nothing good will come of this type of deal for Israel.