Home Secretary Priti Patel described Hamas as "fundamentally and rabidly anti-Semitic" and said there's no difference between its military and political wings. 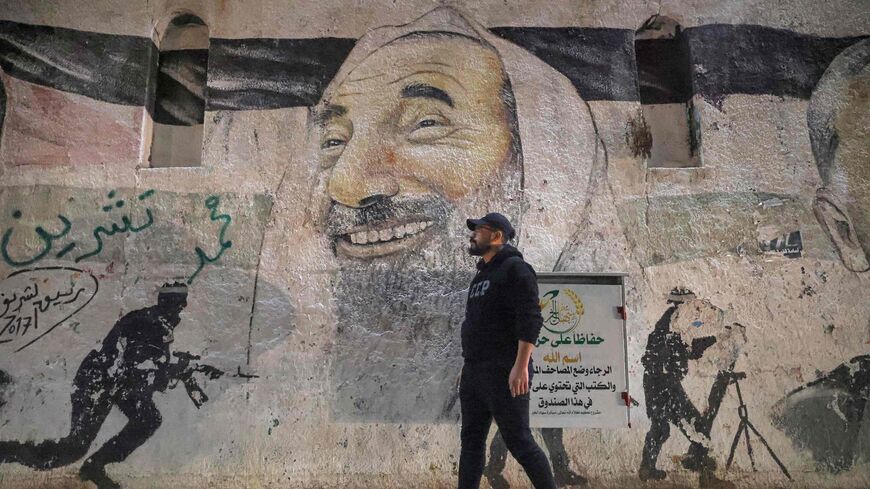 The British government is set to designate Hamas as a terrorist organization, joining the United States, Canada and the European Union in fully banning the Palestinian militant group.

The group’s military wing the Izz ad-Din al-Qassam Brigades has been banned in the United Kingdom since 2001, but not Hamas’ political wing. Home Secretary Priti Patel said there’s no difference between the two and wrote on Twitter Friday that she had “acted to proscribe Hamas in its entirety.” The ban still needs parliament approval, which is expected within the week.

The largest of the Palestinian militant groups, Hamas was founded in 1987 and took control of the Gaza Strip in 2007. The group has fought four major wars with Israel, including the most recent 11-day conflict that ended in an Egyptian-brokered cease-fire in May.

Hamas will be banned under the UK’s Terrorism Act of 2000, which would make it illegal to meet with Hamas members, fly its flag or even wear clothing indicating support for the group. Supporters could face up to 14 years in prison or a fine.

“Hamas is fundamentally and rabidly anti-Semitic,” Patel is expected to say during a speech in Washington, DC on Friday. “The current listing of Hamas creates an artificial distinction between various parts of the organization — it is right that the listing is updated to reflect this.”

Patel was forced to step down as the UK’s international development secretary in 2017 after she failed to disclose unauthorized meetings with Israeli officials, including then-Israeli Prime Minister Benjamin Netanyahu.

Hamas lashed out at Patel in a statement Friday, saying, “Instead of apologizing and correcting its historical sin against the Palestinian people, [Britain] supports the aggressors at the expense of the victims.”

Israeli Prime Minister Naftali Bennett, however, praised the move "to declare Hamas a terrorist organization in its entirety — because that's exactly what it is."

“Hamas is a terror organization, plain and simple. The ‘political wing’ enables its military activity. The same terrorists — only in suits,” Bennett tweeted.