The seven individuals were accused of being spies by the Libyan National Army, Turkish media reported. 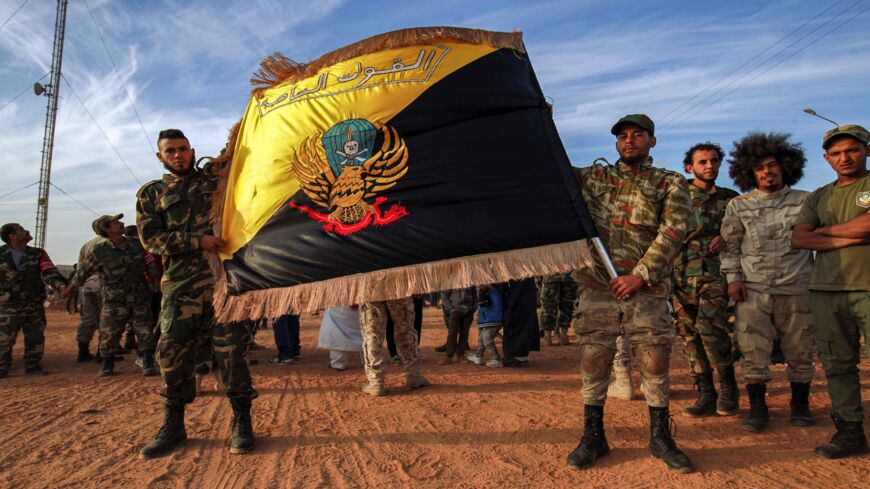 Members of the special forces of the self-proclaimed Libyan National Army, loyal to eastern strongman Khalifa Hifter, pose with their flag in the eastern city of Benghazi on Nov. 6, 2020. - ABDULLAH DOMA/AFP via Getty Images

A group of Turkish citizens who were detained by a Libyan armed group were reunited with their families today.

The seven former captives were held by the Libyan National Army led by Gen. Khalifa Hifter in eastern Libya.

They spent almost two years in detention before finally seeing their families again in Turkey today, the official Anadolu Agency reported. The group was released yesterday after deliberations by the Turkish and Qatari governments, the Turkish Ministry of Foreign Affairs said in a press release.

One of the citizens told Anadolu that they were accused of espionage and tortured by Hifter’s forces in eastern Libya. The outlet did not say what they were doing in Libya.

The Libyan civil war ended last year with a cease-fire. The North African country now has a transitional unity government, and elections are scheduled for December.