Erdogan’s push for lower interest rates despite Turkey’s tumbling currency and soaring inflation is an economic gamble that he is unlikely to win. 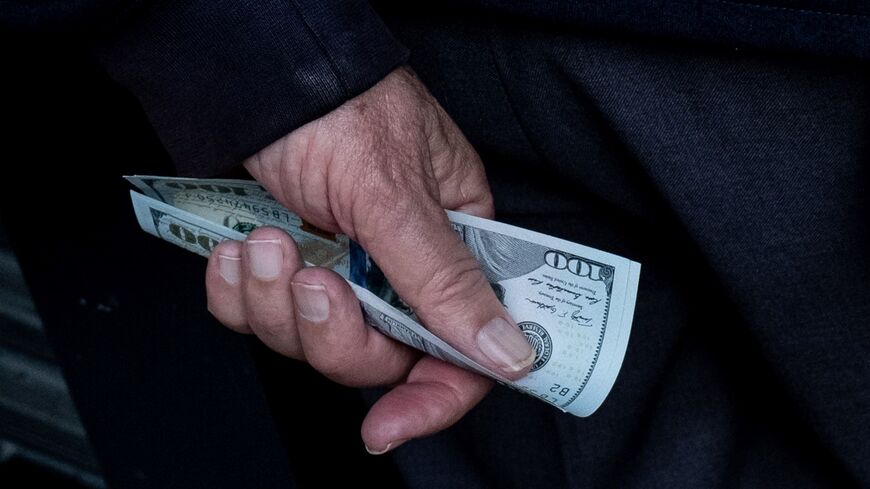 A man waits to change US dollars at a currency exchange office on Oct. 14, 2021 in Istanbul, Turkey. - Chris McGrath/Getty Images

The decision of the bank’s monetary policy committee was hardly a surprise. The central bank had signaled further, even if smaller, rate cuts in October, when it slashed its policy rate by 200 basis points. And on the eve of Thursday’s meeting, Erdogan vowed to continue fighting for lower interest rates, insisting on his unconventional view that high borrowing costs are the cause of high inflation.

Like the previous rate cuts, the anticipation of a third one had already plunged the Turkish lira into a new tailspin. The rush for hard currency, coupled with a shrinking supply, caused the lira to fall below the psychological threshold of 10 against the dollar earlier this month. Not even the expected inflow of at least $2 billion in fresh foreign investment curbed the slump of the lira after Spanish lender BBVA announced a bid to acquire full ownership of Turkey’s Garanti Bank, in which it is currently a partner.

Erdogan’s remarks Nov. 17 fueled the slump of the currency, which has lost more than 30 percent of its value this year. And after the central bank’s rate cut, the lira sunk to a new all-time low, tumbling past 11 per dollar.

While all other central banks have been raising rates against inflation, Turkey’s central bank has done the opposite since September. It is no secret that the bank’s leadership has been cutting interest rates at Erdogan’s behest, ignoring the soaring inflation.

Treasury and Finance Minister Lutfi Elvan conceded Ankara’s failure in tackling inflation Nov. 16, saying, “Unfortunately, we are not at the desired level on the inflation front. The global conjuncture and the domestic outlook require us to be extremely diligent on fighting inflation.”

Central bank governor Sahap Kavcioglu promotes an unprecedented policy that rules out rate hikes to fight inflation. Instead, “We are aiming to achieve price stability by narrowing the current account deficit,” he said in late October, arguing that the central bank’s rate cuts would help increase investments and production. “We’ll achieve a much sounder price stability once we achieve a current account surplus. … I think we are doing a decent job,” he added.

Yet, the finance minister appears to disagree with this novel method of fighting inflation. “The central bank’s main responsibility is to ensure price stability. … Narrowing the current account deficit is a responsibility of the government,” Elvan said last week. “The tools to be used in monetary policy are obvious, and it is the central bank that is supposed to apply them.”

Faced with a fast-depreciating lira, high inflation and negative real yields, Turks have been putting their money in hard currency or in homes and other durable goods. Non-mortgaged home sales have increased 18 percent this year, pushing home prices up.

The aim of the rate cuts, however, is to revive mortgaged home sales, which have sharply fallen. In the first 10 months of the year, they numbered only about 210,000, a decrease of nearly 61 percent from the same period in 2020. Heavyweights in the housing sector, many of which are close to the government and seen as the prime beneficiary of the rate cuts, are reportedly eyeing a 1 percent monthly interest rate on housing loans to revive sales.

Anticipation is rife that the central bank will deliver another cut of 100 basis points in December. Economic actors, small and big, appear to be already factoring in the prospect of a 14 percent rate by year-end, six percentage points below the consumer inflation rate. The rate cuts are likely to continue in early 2022.

Erdogan is placing all his bets on continued economic growth to woo the struggling masses, hoping that lower borrowing costs will stimulate the housing sector in particular and the economy in general.

Yet his prospects of winning appear bleak, because high inflation means that economic actors would continue to seek refuge in hard currencies, which, in turn, would continue to batter the lira. And for the Turkish economy, which relies heavily both on imported goods and imported energy, higher foreign exchange prices mean an increased cost for producers and thus higher prices for consumers.

Disgruntlement with the government is rising among low- and middle-income groups as their purchasing power is shrinking by the day. The business community, saddled with foreign-exchange debt, is similarly apprehensive, both because of the growing cost of that debt and Ankara’s inflationary adventure.

Any economic growth through lower interest rates could hardly offset the popular frustration with soaring prices. Opinion polls show that economic woes lie at the core of Erdogan’s sagging popular support, and could be fueling increasingly vocal calls for early elections.