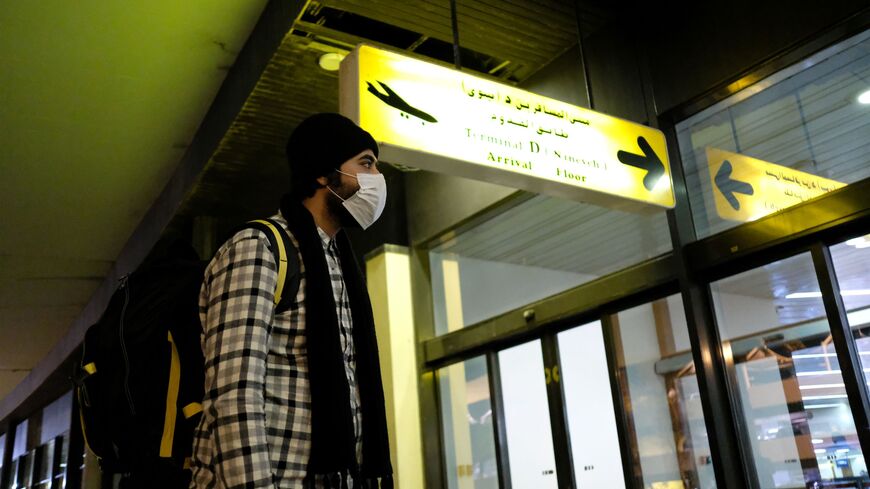 Iraqi migrants arrive at Baghdad International Airport on Nov. 18, 2021. The Iraqi government has begun repatriation flights for citizens stranded on the border of Belarus and Poland who voluntarily want to return to Iraq. Thousands of migrants from across the Middle East continue to camp out on the Belarus-Poland border amid freezing conditions in an attempt to cross into Poland. - Taha Hussein Ali/Getty Images

A European Union leader is in Turkey to address the crisis on the Belarus-Poland border.

“In focus: halting the abuse of migrants by smuggling networks and the blatant instrumentalisation of people  - a shared objective of the EU and Turkey,” Schinas tweeted Thursday.

Cavusoglu added that the two discussed migration in Belarus specifically, according a tweet.

Thousands of migrants, many from the Middle East, are stuck at the Belarus-Poland border. They were able to obtain permission to enter Belarus relatively easily, but have been rejected by Polish border authorities. They want to enter Poland so they can be in the EU, which Belarus is not a member of. The EU has accused Belarus of pushing the migrants to their territory in retaliation for EU sanctions, though Belarus has denied this.

A particularly high number of Kurds, Yazidis and others from Iraq have made the journey. Around 400 subsequently returned home from the freezing border on a repatriation flight yesterday.

It is unclear what action, if any, will come out of the EU-Turkey meetings on the issue. The EU slapped new sanctions on Belarus earlier this week in response to the border crisis.