Turkish Airlines and Iraqi Airlines restricting flights to Minsk for citizens of Iraq, Syria and Yemen. 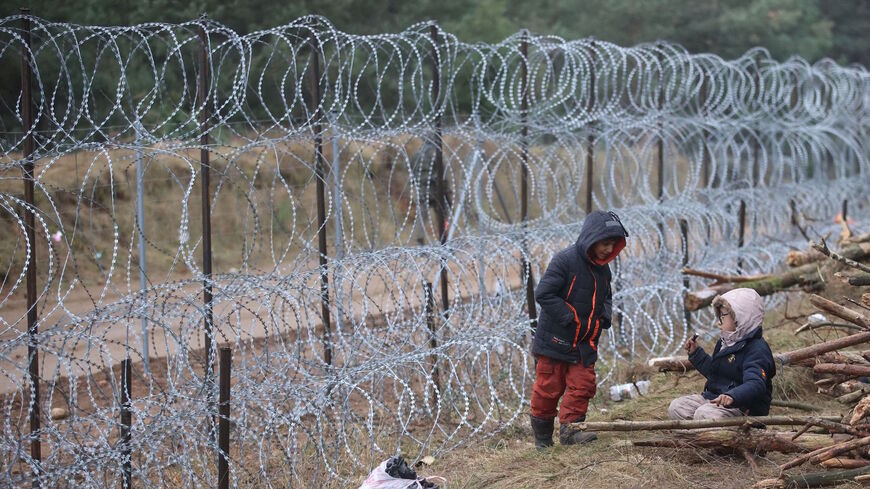 A picture taken on Nov. 12, 2021, shows migrants in a camp on the Belarusian-Polish border in the Grodno region. - LEONID SHCHEGLOV/BELTA/AFP via Getty Images

Turkey and Iraq are restricting flights for certain Middle East migrants seeking to travel to Belarus as the migrant crisis on the European Union’s doorstep continues to mount.

Turkish Airlines will not fly certain passengers to Minsk "in relation to the illegal border crossing problem between the European Union and Belarus," Turkey’s Civil Aviation Authority said Friday.

"It has been decided for citizens from Iraq, Syria and Yemen wanting to travel to Belarus from our country's airports not to be sold tickets and not to be allowed on planes," the Turkish aviation authority tweeted.

The European Union announced that Iraqi Airlines will also halt flights to the Belarusian capital.

"These contacts are already showing fruit," Reuters quoted a European Commission spokesperson as saying. "Iraqi Airlines has confirmed that it will not resume flights to Minsk, and Turkish Airlines will also suspend sales of one-way tickets to Minsk from Turkey."

At the request of Ankara, state-owned Belarusian airline Belavia said that citizens from the three Middle East countries won’t be permitted to fly from Istanbul to Minsk starting Friday. The airline added that it would reimburse those who had already purchased tickets.

​​"In line with a decision by the Turkish authorities, citizens of Iraq, Syria and Yemen will no longer be accepted for transportation on flights from Turkey to Belarus, as of November 12, 2021," read a statement on the Belavia website.

The announcement comes as the migrant crisis along the Belarus-Poland frontier intensifies, with as many as 4,000 mostly Middle Eastern migrants and refugees stranded in makeshift camps on the Belarusian side of the border.

Many hope to enter Poland, Lithuania or another EU member state and gain asylum. Aid agencies are warning the humanitarian crisis will escalate as winter approaches and COVID-19 spreads through the region.

The European Union is meanwhile considering fresh sanctions on Lukashenko’s regime and those participating in what European Council president Charles Michel described as a “hybrid attack.”