A new report from Physicians for Human Rights found that health care workers who provided care to injured protesters in the early days of the Syrian civil war were at increased risk of abuse by the government. 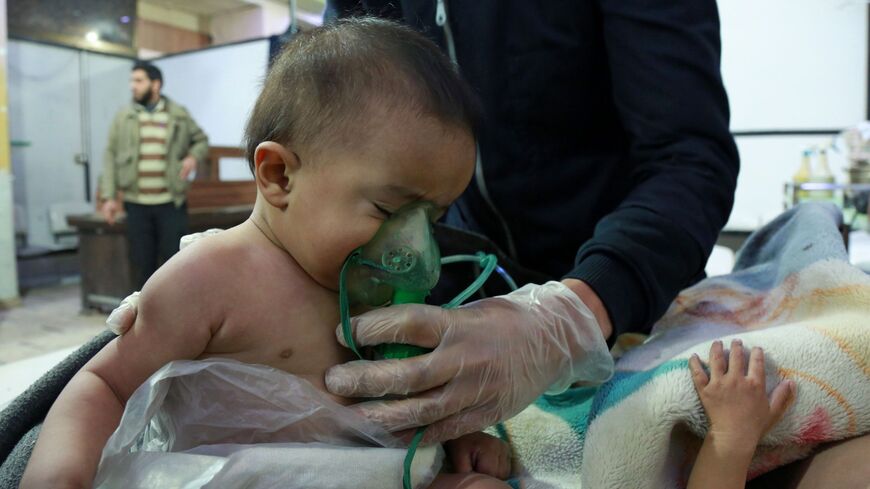 Syrian babies receive treatment for a suspected chemical attack at a makeshift clinic on the rebel-held village of al-Shifuniyah in the Eastern Ghouta region on the outskirts of the capital Damascus late on Feb. 25, 2018. - HAMZA AL-AJWEH/AFP via Getty Images

Health care workers who treated injured anti-government protesters in Syria were more likely to be detained, forcibly disappeared or killed at the hands of the regime in the early years of the devastating conflict, a new report from Physicians for Human Rights found.

The New York-based advocacy group described its latest report on the criminalization of medical care as an “unprecedented look at the Syrian government’s use of detention, torture, and disappearance both to punish health care workers and to reduce access to health services for peaceful protesters across the country.”

Researchers analyzed the cases of 1,644 health care workers jailed between January 2011 and December 2012 and found that detained health workers who provided medical care to protesters were 91% less likely to be released than medical personnel who were arrested for their political activities. They were also 400% more likely to die in detention and had 550% higher odds of being forcibly disappeared.

The researchers also conducted interviews with former members of Noor al-Hayat, a Syrian medical group that provided first aid and emergency medical care during peaceful demonstrations in the city of Aleppo in 2012. Within a year of the group’s founding, six of its 13 members had been detained and four reportedly died from torture.

“This report confirms that those detained for treating wounded demonstrators often faced worse outcomes than detained health care workers who were political dissidents, which is profoundly disturbing evidence of the Syrian government’s war on health workers,” said Houssam Al-Nahhas, a Syrian physician and detention survivor who co-authored the report.

“Our study makes it even more clear that any future discussions with the Syrian government must demand the release of all people unjustly detained as well as total transparency about the fates of the many missing to this day,” he said.

Pro-democracy protests that erupted against President Bashar al-Assad in 2011 were met with a deadly crackdown by state security forces and the violence escalated into a full-blown civil war between Assad’s forces and the opposition seeking to oust him.

The decade-long Syrian conflict has since killed hundreds of thousands and uprooted more than half of the country’s pre-war population. According to PHR and other human rights organizations, the Syrian government continues to use its vast network of prisons to torture, arbitrarily detain and silence the opposition.

PHR called on the international community to speak out against the unjust detentions and condemn the violations committed against detainees, including medical personnel.

“We call on states to use all the tools at their disposal — whether it be pursuing universal jurisdiction prosecutions or pooling resources to form an international tribunal — to investigate and prosecute these and other atrocity crimes,” he said.

Using the concept of universal jurisdiction, which allows for the prosecution of grave crimes committed in another country, a number of European countries are working to hold the Syrian government to account for state-sponsored torture and executions. In February, a court in Germany convicted a former member of Syria’s security services of crimes against humanity.