Israel's defense minister is expected in Rabat on Wednesday to finalize further deals. 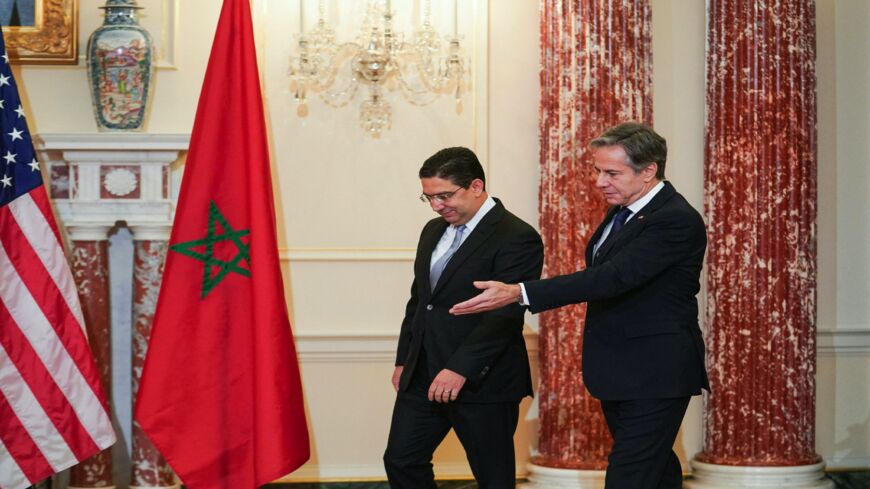 The system, first revealed in February at the International Defense Exhibition and Conference (IDEX) in Abu Dhabi, can detect and knock out unmanned drones, according to Skylock Systems.

The announcement comes ahead of a planned visit by Israel’s Defense Minister Benny Gantz to Morocco on Wednesday.

Gantz is expected to finalize security and defense agreements with his Moroccan counterpart as the kingdom looks to expand its arsenal of unmanned drones.

Defense News reported last month that among the deals Gantz is expected to sign are understandings that Israel will help Morocco build a domestic drone industry.

“The kingdom is intensifying its purchases of unmanned anti-aircraft systems, or drones, which have become a threat in terms of their inability to be detected or attacked given the difficulty of targeting them by conventional defense systems," the statement by Morocco’s armed forces read.

Earlier this year, the kingdom purchased 13 of Turkey’s Bayraktar TB-2 drones, which proved lethally effective in the war between Azerbaijan and Armenian forces in Nagorno-Karabakh.

Morocco is seeking to upgrade its military capabilities across the board. The government’s 2022 budget calls for some $12.8 billion to be put toward acquiring new tanks, fighter jets and other major hardware.

After decades of secret defense and intelligence ties, Morocco agreed to normalize ties with Israel last year amid an initiative led by the United States dubbed the Abraham Accords. The United Arab Emirates and Bahrain also normalized ties, and Sudan said it was open to doing so.

Among other regional issues, the two planned to discuss Morocco’s “very important normalization” with Israel “and the work that is being done there,” US Secretary of State Antony Blinken said in public remarks before their meeting.