Military officials are considering the possibility of local Arab uprisings in Israeli towns as they modify wartime plans. 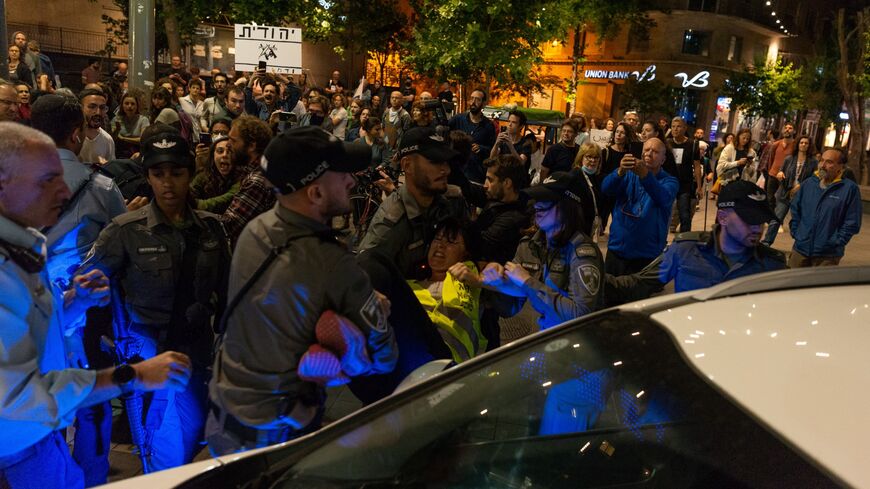 Police arrest a protester at a demonstration on May 15, 2021, in Jerusalem. Several Israeli cities experienced clashes between Jewish and Arab mobs, with hundreds of people being charged with rioting offenses. - Daniel Rolider/Getty Images

The Israeli military has redrawn wartime logistics plans to avoid some Arab-majority towns in Israel following an outbreak of violence during the conflict with Gaza earlier this year.

The Israel Defense Forces’ logistics directorate mapped out some 1,600 km of dirt roads which can be used as alternate routes to supply frontline forces in case of war, the directorate’s commander, Maj. Gen. Yitzhak Turgeman, said Friday during an interview with Maariv news.

Turgemen said that the army had formed new anti-riot units to defend convoys and supply lines. In the future, those routes would most likely not run through the Wadi Ara area, which holds a number of Palestinian-majority towns along a major highway that leads to Israel’s north.

The general said he is “really concerned” about “the impact of violent disturbances on internal security and movement of transport convoys.”

“In wartime, the IDF will do what is right in order to bring its units to the war theater as quickly as  possible,” he was quoted as saying. “We have enough alternatives.”

Turgeman’s comments are the latest sign that Israeli’s top decision-makers are taking seriously the possibility of future Arab uprisings within the country.

In May, violent mobs of Arabs and Jews in Israel ransacked businesses and attacked bystanders amid Israel’s war with Palestinian militants in the Gaza Strip. The rare violence rattled Israel and spurred dramatic calls for calm from local officials.

The Israeli general’s statement followed video circulating on social media that showed military convoys on exercise in the Arab town of Umm al-Fahm. The majority-Arab municipality objected to the IDF’s presence in a formal letter.

Barlev said if war were to break out on Israel’s borders, “100 armed [Israeli] Arabs [could] suddenly go down to this or that road or artery and hold up for 48 hours a division that has to deploy on the Lebanese border within 24 hours.”