Iran and the United States are upping the ante in the Gulf ahead of a planned return to negotiations in Vienna. 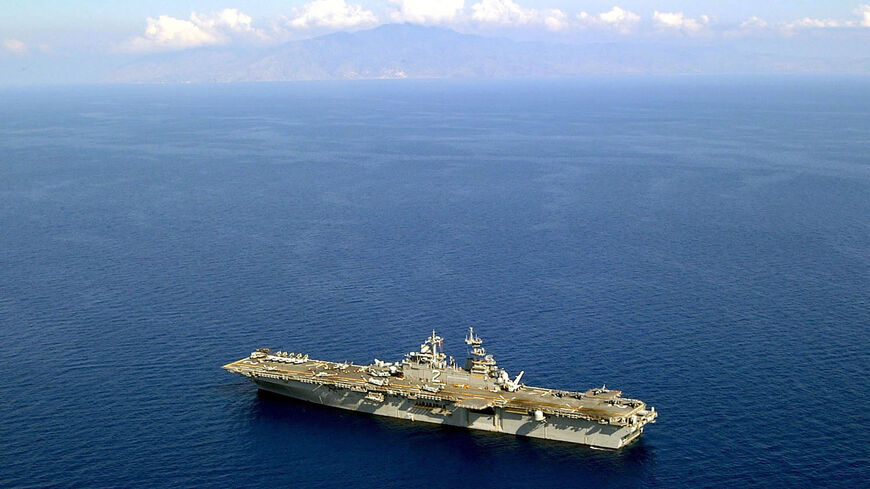 An Iranian Navy helicopter flew dangerously close to a US Navy ship entering the Strait of Hormuz, the Pentagon confirmed on Monday.

The helicopter circled the USS Essex three times, at one point coming within 25 yards of the ship’s port side, Pentagon Press Secretary John Kirby said Monday. Video of the overflight filmed from the helicopter’s cockpit circulated on social media on Saturday.

Kirby described the encounter as “dangerous,” saying the crew of the USS Essex “took the necessary force-protection measures that they felt needed.”

“It is dangerous because it could lead to miscalculation,” said Kirby.

Kirby, a former US Navy admiral, did not specify what actions the US crew took, but said they were in accordance with international law. The Essex’s run-in with the Iranian helicopter did not effect the ship’s operations, he said.

“This one ended peacefully but it doesn’t mean it was safe and professional,” he said.

The incident is the latest run-in between US and Iranian forces in the Persian Gulf, and marks a less common case of involvement by Iran’s state navy. Typically, tense encounters have occurred between US Navy and Coast Guard ships and vessels belonging to the navy of Iran's Islamic Revolutionary Guard Corps (IRGC).

US military officials have avoided pointing the finger at Iranian political leadership for the IRGC navy’s actions over the past year, citing somewhat different command structure from Iran’s regular navy.

The latest run-in comes as Washington and Tehran are preparing later this month to resume indirect negotiations in Vienna over reviving a 2015 agreement to limit Iran’s nuclear program.

Iran’s new government is demanding the Biden administration remove sanctions imposed by the Donald Trump administration before moving forward with a deal. Washington’s lead envoy on the negotiations, Rob Malley, is touring the Middle East this week to coordinate with Israeli and Gulf officials ahead of the talks.

Earlier this month, the Essex was approached by several Iranian drones as the amphibious assault carrier entered the Gulf of Oman to conduct joint training with the UK’s HMS Queen Elizabeth.

The United States has increasingly looked to bring allies into its military exercises in the region in response to renewed tensions with Tehran in recent years. Last week, Israel and Saudi Arabia sent F-15s to fly along US nuclear-capable B-1B bombers in the latest show of force.

Last month, Iran’s IRGC claimed its naval commandos stopped the United States from seizing a commercial oil tanker and brought the vessel back into Iranian waters.

The Pentagon flatly denied that account. Spokesman Kirby called the claim “ridiculous” and said there had been no US effort to seize the Vietnamese-flagged vessel.

The crew of a US Navy destroyer, the USS The Sullivans, observed the seizure from a distance and acted in accordance with international law, Kirby said earlier this month. He declined to go into detail on the incident when pressed by journalists.