Fighter jets from Saudi Arabia and Israel flew alongside a US B-1 bomber over the region today in a separate exercise of force. 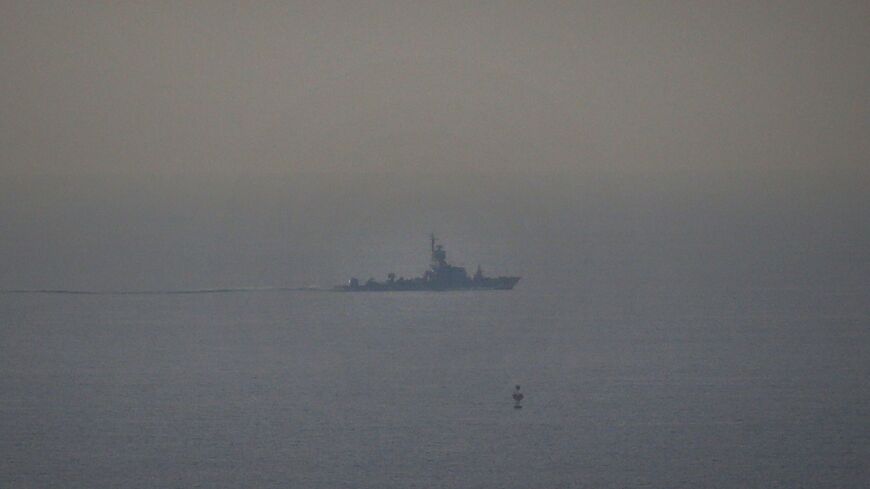 An Israeli Navy ship patrols off the coast of Gaza City on July 12, 2014. - THOMAS COEX/AFP via Getty Images

The US, UAE, Bahrain and Israel kicked off their first-ever publicly acknowledged joint naval exercise this week in the Red Sea.

The five-day operation focuses on interdiction and search and seizure tactics in order to build cooperative know-how among the four navies.

Last year, the UAE and Bahrain became the first Arab countries to normalize ties with Israel in over two decades.

The normalization initiative, dubbed the Abraham Accords, was pushed by the Donald Trump administration in part to counter Iran’s growing influence in the Middle East.

An Israeli Navy official told The Jerusalem Post on Thursday the Iranians “must be kept away from the Red Sea so as not to infringe on Israel’s freedom of navigation or to carry out maritime terrorism.”

Iran’s Islamic Revolutionary Guard Corps has had a number of tense run-ins with US Navy and Coast Guard vessels in the Persian Gulf in recent years. Last week the IRGC Navy boarded and seized a commercial tanker in the Gulf of Oman in a move which the US Navy described as illegal.

Also today, the US Air Force flew a pair of nuclear-capable B-1B bombers over the Middle East in the latest show of force bringing together regional air power under Washington’s wing. F-15s from Israel and Saudi Arabia also joined for stages of the overflight.

This week’s combined display of force comes as Washington’s lead envoy for engaging Iran, Robert Malley, kicks off a tour among allies in the region ahead of the resumption of negotiations with Tehran over its nuclear program at the end of the month.

Malley and other administration officials are scheduled to stop in the UAE, Israel, Saudi Arabia and Bahrain before returning to Vienna for the indirect talks with Iran.

Iran’s deputy foreign minister signaled this week that his government would not discuss the nuclear issue with the US. Instead, the removal of US sanctions would be the focus of his delegation.