The Saudi-led coalition in Yemen also said it bombed a training camp used by the Iran-backed forces. 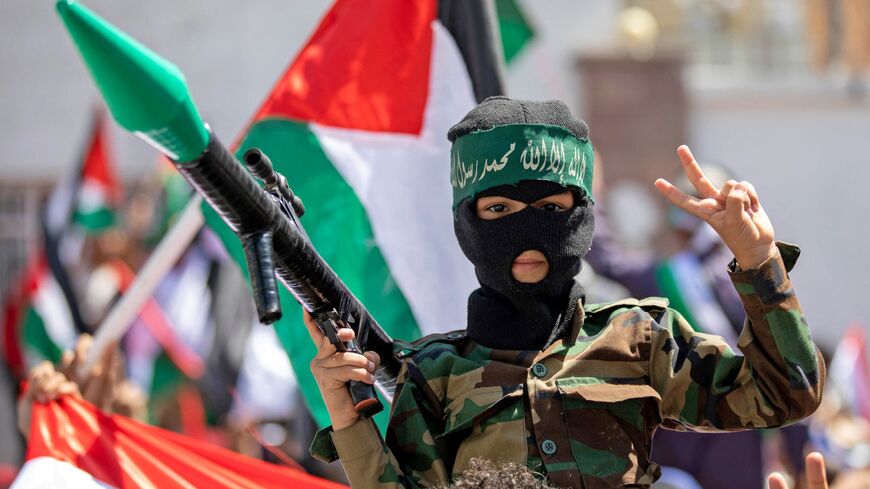 A Yemeni boy holds a mockup rocket during a demonstration in Yemen's third city Taez on May 22, 2021 celebrating "the victory of the Palestinian resistance" against Israel following a ceasefire. - AHMAD AL-BASHA/AFP via Getty Images

The Houthi-affiliated Yemen News Agency, aka SABA, reported that the “Saudi enemy” fired artillery shells at a border area of the Sa’dah province. One civilian was killed and three people were injured in the incident, the report said.

The Yemeni civil war began in 2014 between the internationally recognized government of President Abed Rabbo Mansour Hadi and the Houthi forces. A Saudi-led military coalition backs the government, while the Houthis are supported by Iran. The war is often described as a proxy war between Saudi Arabia and Iran. Yemen also had a civil war in 1994 between the north and south. The Houthi forces are predominantly Zaidi Shiites, while the rest of the country is predominantly Sunni Muslim. Both sides have been accused of war crimes

Houthi forces control northwestern Yemen and the capital Sana’a. The government and its nominal ally the Southern Transitional Council, which supports autonomy for the south, hold most other areas. Houthi forces also sometimes launch attacks into Saudi Arabia.

The Marib province in particular has experienced severe fighting lately as Houthi forces attempt to take the eponymous city.

The war in Yemen is regularly labelled the world’s worst humanitarian catastrophe by human rights groups. The United Nations warned last week that more Yemenis will die by year’s end due to lack of access to food and water.