Bahrain, the UAE and Kuwait have joined Saudi Arabia in taking diplomatic action in response to remarks from a Lebanese minister about the situation in Yemen. 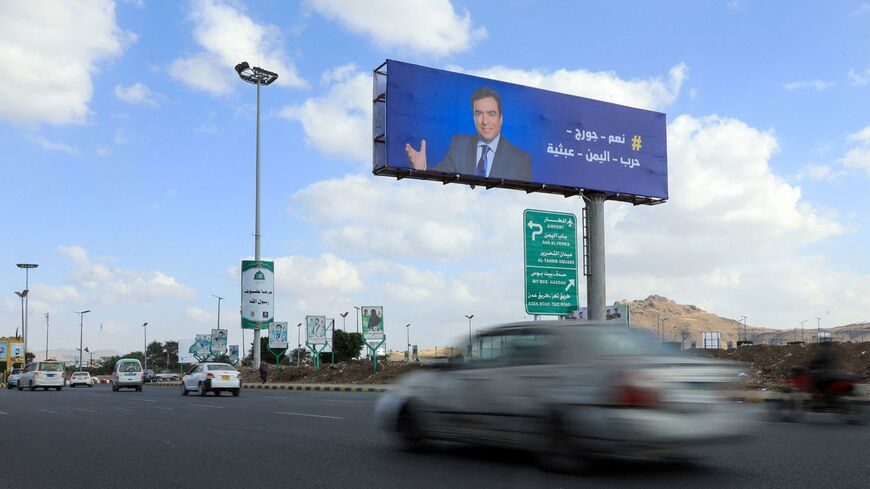 A portrait of Lebanese Information Minister George Kordahi is displayed on a billboard in the Yemeni capital Sanaa on Oct. 31, 2021. Yemen's Huthi rebels on Sunday put up posters in support of Kordahi, whose criticism of the Saudi-led war in Yemen has sparked a diplomatic row between Lebanon and Gulf states. - MOHAMMED HUWAIS/AFP via Getty Images

Several Gulf states took action against Lebanon over the weekend after comments surfaced from a Lebanese minister criticizing the Saudi intervention in Yemen.

Saudi Arabia was the first Gulf state to order the Lebanese ambassador to leave on Saturday. The kingdom also banned all imports from Lebanon at the time. The crisis began last week when comments by Lebanese Information Minister George Kordahi critical of the Saudi-led intervention in Yemen aired on television. The remarks had been made several weeks prior, before Kordahi joined the Cabinet. Kordahi said he meant no offense, but has refused to step down.

Saudi Arabia leads a military coalition that fights on the side of the government in Yemen’s civil war. The government is in conflict with the Houthi rebels, who are supported by Iran. Saudi Arabia’s role in the war is controversial, and its military has been accused of committing war crimes.

The UAE and Bahrain are both strong allies of Saudi Arabia. The UAE is a nominal ally of the Saudi-led coalition in Yemen, though the country supports the Southern Transitional Council, which acts somewhat independently. Kuwait has historically been more neutral on regional conflicts, and helped mediate an end to the Saudi-Qatar diplomatic crisis in January.

Kordahi has made controversial comments in the past. In 2011, he said there was a conspiracy against the Syrian government at the start of the Syrian civil war.

The import ban from Saudi Arabia could particularly hurt Lebanon, which is in the midst of a devastating economic crisis.