Several Gulf states have taken action against Lebanon recently following comments by a Lebanese minister that were critical of the Saudi intervention in Yemen. 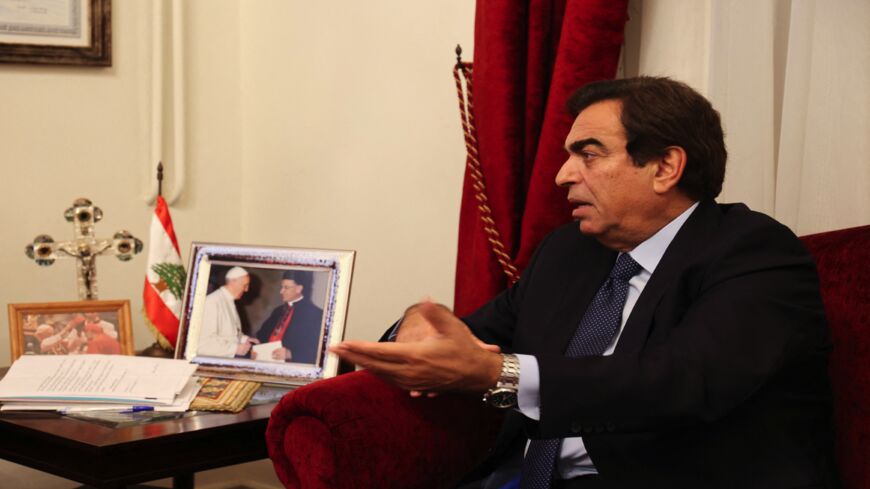 Lebanon's Information Minister George Kordahi meets with Cardinal Mar Bechara Boutros al-Rahi (unseen) at the Maronite Patriarchate in the mountain village of Bkerki, northeast of the capital, on Oct. 30, 2021. Kuwait gave Lebanon's envoy to the emirate 48 hours to leave, a day after Saudi Arabia made a similar move over the minister's criticism of the Riyadh-led military intervention in Yemen. - ANWAR AMRO/AFP via Getty Images

The Bahraini Ministry of Foreign Affairs cited in a statement “the situations there that require exercising caution."

The move was the latest development in the diplomatic crisis between Lebanon and several Gulf states. The issue began last week when an interview with Lebanese Information Minister George Kordahi aired on Al Jazeera. In the interview, which was conducted in August, Kordahi criticized the Saudi-led intervention in Yemen.

The crisis is not showing signs of dissipating. Kordahi said he meant no offense after the remarks aired and reiterated that he made the comments before joining the government. He has refused to resign.

Bahrain also ordered banned citizens from traveling to Lebanon, according to the statement.

Yesterday, the UAE announced that its diplomats and citizens have successfully returned from Lebanon.