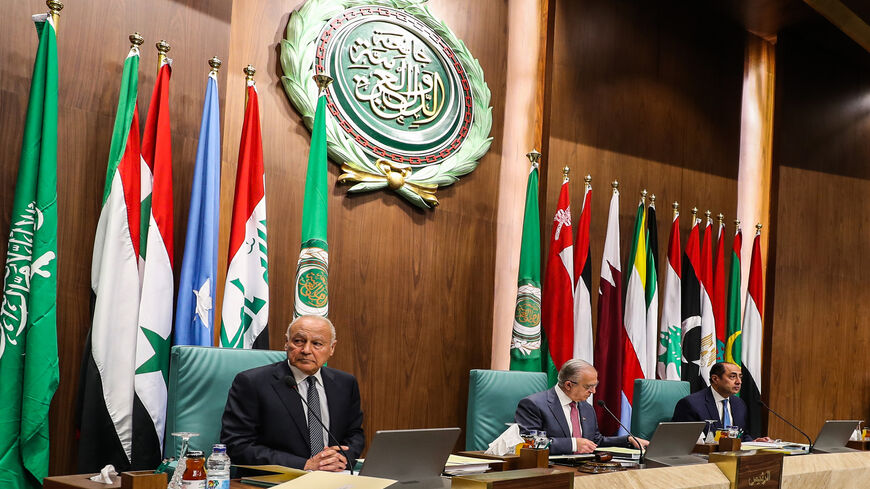 A top Arab League official said Monday that talks over ending the diplomatic spat between Lebanon and several Gulf Arab states are moving “in the right direction.”

Hossam Zaki, the Arab League's deputy chief, met with Lebanese President Michel Aoun, Prime Minister Najib Mikati and Speaker of parliament Nabih Berri on Monday in an effort to “put the crisis on the right track.”

“We do not want this situation to continue. We want a breakthrough, a detente in this relationship,” Zaki told reporters in Beirut.

“We hope the starting point for that will begin here,” he said, offering to travel to Saudi Arabia if needed.

The standoff erupted over the release of a pre-recorded interview with George Kordahi, during which he called the Yemeni conflict “futile” and said the Iran-aligned Houthi rebels were defending themselves against Saudi “aggression” in Yemen.

After the Houthis captured the capital, Sanaa, and much of the country in 2014, Riyadh assembled a US-backed military coalition of mostly Sunni Arab states that intervened the following year on behalf of the internationally recognized government. The fighting between the Houthis and the Saudi-led coalition has killed more than 100,000 people, uprooted millions from their homes and left Yemen teetering on the brink of famine.

The newly released interview was recorded in August before Kordahi was named to his current post the next month.

In response to Kordahi’s comments, Saudi Arabia expelled Lebanon’s ambassador Oct. 29 and said it was ending all imports from the small Mediterranean country. The United Arab Emirates, Kuwait and Bahrain followed suit and recalled their ambassadors from Lebanon.

The diplomatic row comes as Lebanon continues to deal with its worst economic and financial crisis since the 1975-1990 civil war. The currency has lost more than 90% of its value in the past two years, rates of unemployment have skyrocketed and fuel shortages have led to widespread blackouts.

Zaki on Monday did not explicitly call on Kordahi to step down, but said, “There is a crisis that everyone can see and is aware of, and the majority of people know how to solve it.”

“But not a single step has been taken in that direction and this is necessary,” he added.

Last week, Mikati called on Kordahi to “do what needs to be done.” If the information minister doesn’t resign, Mikati would need the approval of Aoun and at least two-thirds of the Cabinet to dismiss him.