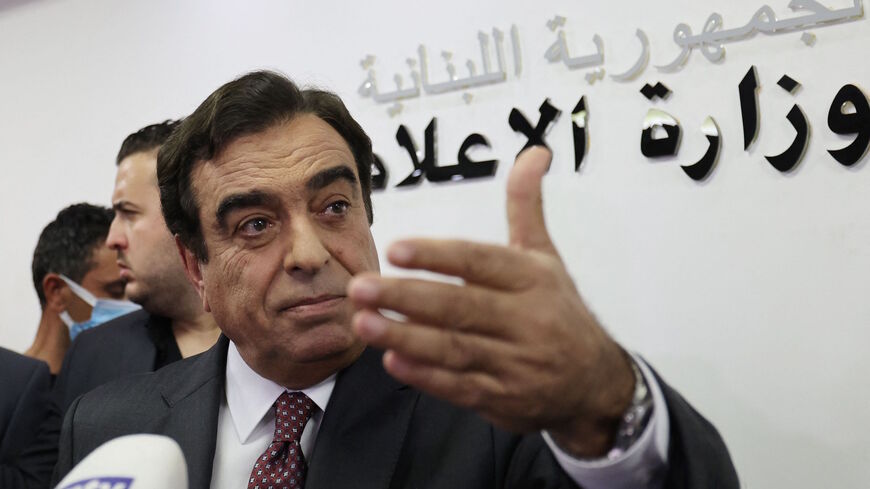 George Kordahi, the Lebanese minister of information whose comments on Yemen sparked a row with Gulf countries that has crippled the government for weeks, holds a press conference in Beirut on Dec. 3, 2021, to announce his resignation. - ANWAR AMRO/AFP via Getty Images

In announcing his resignation on Friday, George Kordahi said he was putting the interests of his country ahead of himself.

“Lebanon is more important than George Kordahi, and Lebanese interests are more important than a ministerial role,” he said at a press conference in the Lebanese capital. “I hope that this resignation opens the window or a gap in this wall” for improved ties with the Gulf, Kordahi said.

The weeks-long diplomatic standoff erupted over the airing of a pre-recorded interview with Kordahi, during which he called the war in Yemen “futile” and said the Iran-aligned Houthi rebels were defending themselves against Saudi “aggression” in Yemen. The interview was recorded in August before Kordahi, a former TV host, was named interior minister the next month.

In response to Kordahi’s comments, Saudi Arabia expelled Lebanon’s ambassador, recalled its envoy to Beirut and said it was ending all imports from the small Mediterranean country. The United Arab Emirates, Kuwait and Bahrain launched diplomatic protests of their own.

For weeks, Kordahi had ignored calls to step down over what he said were his personal views. Lebanon’s Prime Minister Najib Mikati refrained from publicly requesting his resignation but called on Kordahi to “listen to his conscience” and “prioritize national interest.”

Kordahi's resignation comes a day before French President Emmanuel Macron is scheduled to visit Saudi Arabia for talks that are expected to cover the diplomatic crisis in the former French protectorate. Macron told reporters Friday that Paris would  "do all we can to reengage the Gulf regions for the benefit of Lebanon.”